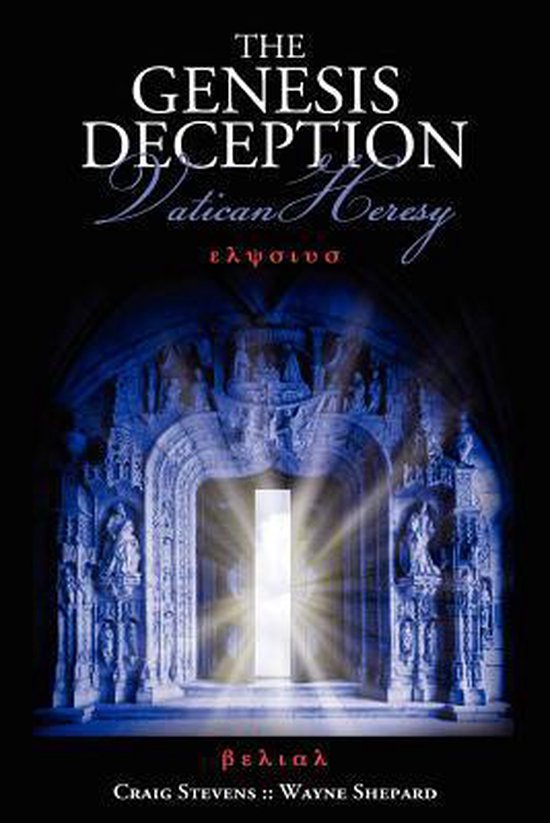 In May 1954 twelve select members from several disparate organisations including Freemasonry, Propaganda Due, Opus Dei and the Knights of Malta demanded a highly classified meeting with the Special Assistant to the President of the United States. They sought total suppression of an antediluvian artefact captured from German forces in the last days of World War II. The horribly disfigured keeper of an obscure archive within the Vatican is compiling a dossier that reveals a message coded by the Knights Templar within a stained-glass window before their extermination in the 14th century; a message deliberately concealed by an underground fraternity since it was hidden in the Holy Bible 2,000 years ago. As a young boy during the final days of World War II, Vatican Secretary of State, Cardinal Antonio Valla witnessed a terrifying truth, forever altering the course of his life. This unspeakable event has steeled his determination to uphold the conservative doctrines of the Holy Church. Anything less would be heresy. Yet within the Holy See, an outcast toils relentlessly in the archives of the Apostolic Penitentiary, compiling the most heretical and subversive information ever gleaned from the ancient manuscripts. The very authority of the Holy See is now threatened. Should this information be released, it would topple established religion and science. Powerful interests are determined that this man be stopped, but it appears he has friends in high places. The keeper has been transmitting information to a secret society that seeks to uncover the explosive truth of human genesis. They seek the help of Aiden Keyes, a paleo-anthropologist who has uncovered an ancient crypt in Baalbek, Lebanon. Aiden discovers a curious reference in the Holy Bible echoed in other historical documents such as the 6,000 year old Sumerian writings: "And it came to pass, when men began to multiply on the face of the earth, and daughters were born unto them, that the sons of God saw the daughters of men that they were fair; and they took them wives of all which they chose. There were Nephilim on the earth on those days; and also after that, when the sons of God came in unto the daughters of men, and they bare children to them..." But his discovery is compromised by a covert agency that is chartered with maintaining a fictional religious history. Their goal is to obscure the incredible truth of human origins. Aiden, together with the uncompromising but beautiful Professor of Ancient Near Eastern Languages, Keisha Peterson, must now fight malevolent forces that are gathering. They must fight for their lives, and more importantly, for the release of a revelation that will change the world forever.
Toon meer Toon minder