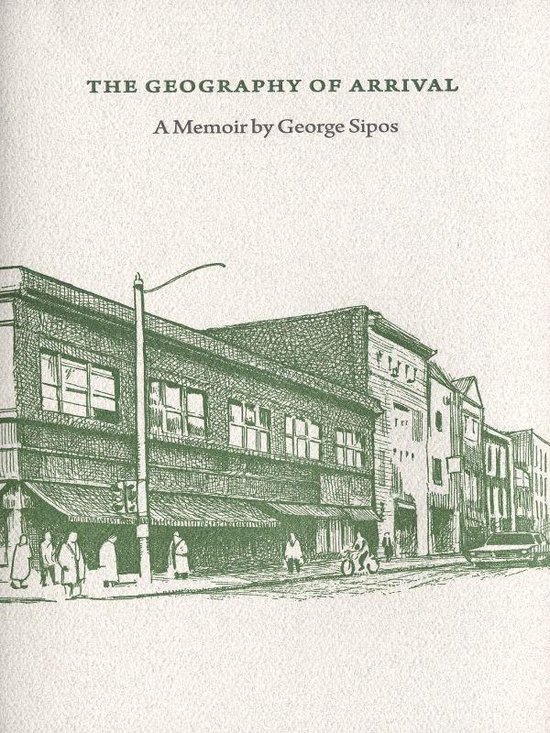 In The Geography of Arrival George Sipos revisits the city of London Ontario where his family settled after immigrating to Canada from Hungary in 1957. Divided into short chapters each related to a different local landmark the book depicts the world through the eyes of a boy getting the hang of North American culture and of an adolescent finding his way in the larger world. A few years ago says Sipos "someone I knew moved to London Ontario the place where I had grown up in the late 50s and early 60s. She was totally new to the city and I set out to write her a series of letters describing certain streets and buildings and neighbourhoods as I remembered them knowing of course that this was bound to be a false guide to anything that might still be there. The wrecker's ball (or memory which is much the same thing) had probably assured that whatever I wrote would be more fictitious than not. As it turned out our correspondence didn't get very far but by then the project of writing about certain landmarks was started in my mind. Over the next several years I came back to this unreliable geography and continued to write what ultimately became a nominal guide book. What it's a guide to is not so clear. The London of the mid twentieth century? Maybe. A particular protagonist's coming of age? Maybe. An album of snapshots of how a person grows into a mental and aesthetic and even scientific self? Perhaps." Moving chronologically Sipos traces his interior personal geography across the particular landscape of 1960s London. After his family settles in a downtown apartment there is the baffling discovery of a plastic hockey-player figurine in the cereal box and the theories he and his father develop to explain it. Sipos shares his fear of opening his eyes underwater at swimming lessons his first subway ride on a trip to Toronto and his early love of public speaking fencing and choral singing. He tries to live-trap a rabbit in the park recalls the year the fall-out shelter stole the show from the All-Electric Dream Home at the exhibition and savours the joy of public skating at the outdoor rink on Elliott Street. In one of the book's most absorbing passages a teenaged Sipos guides his stage-frightened priest through the first service after the changes to the Mass brought about by the Second Vatican Council. This is a book that reminds us of the importance of reflection and of the positive impact that the culture and landscape of a place can have on the direction of our lives.
Toon meer Toon minder