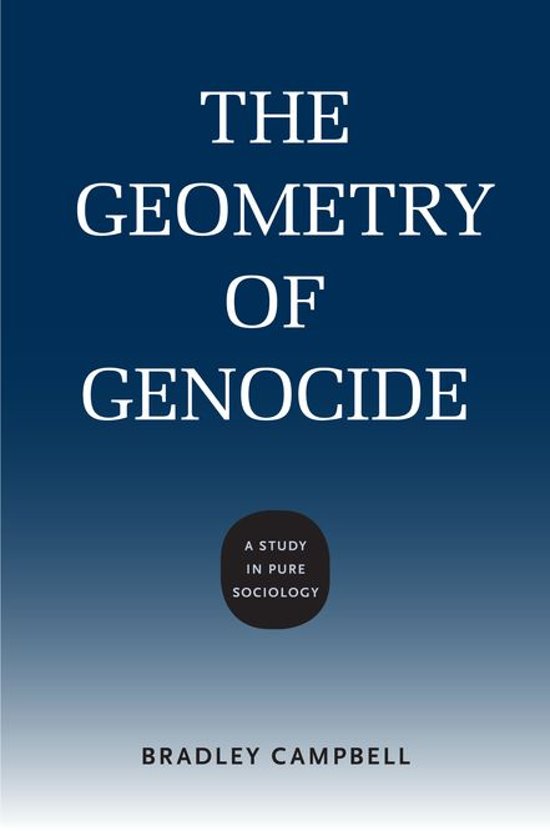 In The Geometry of Genocide, Bradley Campbell argues that genocide is best understood not as deviant behavior but as social control—a response to perceived deviant behavior on the part of victims. Using Donald Black's method of pure sociology, Campbell considers genocide in relation to three features of social life: diversity, inequality, and intimacy. According to this theory, genocidal conflicts begin with changes in diversity and inequality, such as when two previously separated ethnic groups come into contact, or when a subordinate ethnic group attempts to rise in status. Further, conflicts are more likely to result in genocide when they occur in a context of social distance and inequality and when aggressors and victims cannot be easily separated.


Campbell applies his approach to five cases: the killings of American Indians in 1850s California, Muslims in 2002 India and 1992 Bosnia, Tutsis in 1994 Rwanda, and Jews in 1940s Europe. These case studies, which focus in detail on particular incidents within each instance of genocide, demonstrate the theory's ability to explain an array of factors, including why genocide occurs and who participates. Campbell's theory uniquely connects the study of genocide to the larger study of conflict and social control. By situating genocide among these broader phenomena, The Geometry of Genocide provides a novel and compelling explanation of genocide, while furthering our understanding of why humans have conflicts and why they respond to conflict as they do.

This book is insightful and duly provocative. It discusses an important topic, and it does so from a perspective in sociology that rightly has gained considerable attention. -Mathieu Deflem, University of South Carolina