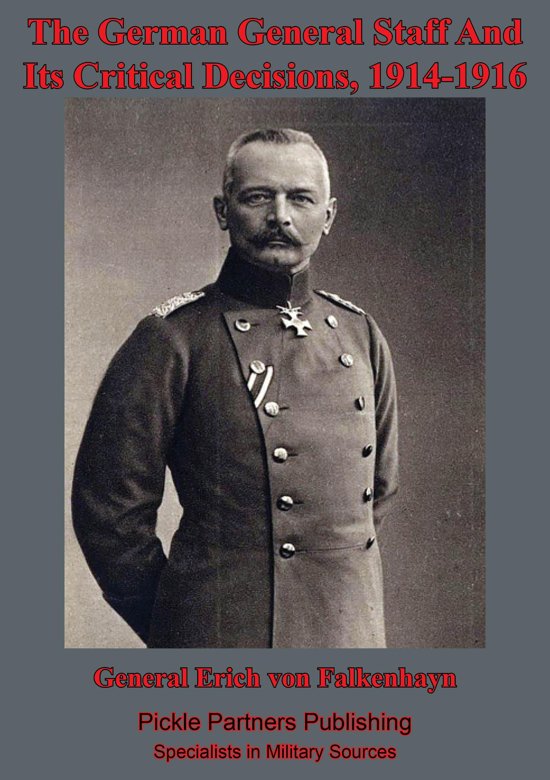 Having had a long and distinguished military career, in 1914 General Erich von Falkenhayn assumed the post as chief of the German General Staff in the middle of the First World War. The German position was at a crisis point, the initial plan to win the war by a wide out-flanking movement through Belgium had been foiled; a new plan would have to decided on. In the West, increasing numbers of British troops poured to the Front; in the East, the ambitious team of generals Hindenburg and Ludendorff pushed for reinforcements to finally beat the Russians.


Falkenhayn decided that significant efforts must be made in the Western theatre and came up with a brutal plan to decide the war: he conceived the idea of besieging the historic French city of Verdun in early 1916, of ''bleeding it white'', as he phrased it. He planned to draw the bulk of the French army into the Verdun salient, thus effectively tying up the French army, and then to methodically destroy them with concentrated artillery fire. The plan failed only by valiant sacrifices and fighting by the French and pressure applied by their allies in other sectors, not least the British effort during the battle of the Somme. Falkenhayn was thereafter removed from his supreme post and would fight on other front in charge of smaller forces.


His memoirs of the period of his command are illuminating and give an insight of what was going on "on the other side of the hill" during the First World War.


Text taken, whole and complete, from the edition published in London, Hutchinson 1919.