The Ghost Who Wouldn't Give Up 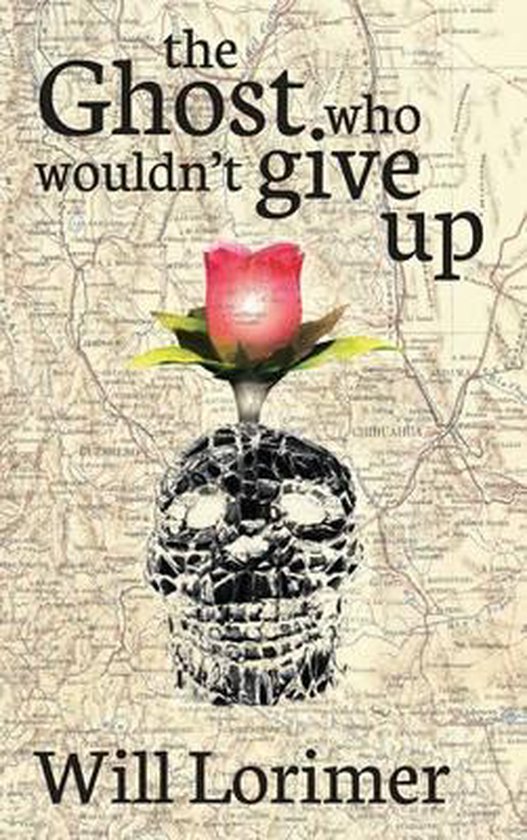 
Because even his top N Y analyst couldn't crack any of the secrets of his amnesiac past, he had to go to Mexico for answers- specifically a pueblo fantasmos in the remote Sierra Madre, where his mother was waiting, in the only hotel in town.
In the remote Sierra Madre, behind a tunnel hewn through a mountain peak, one of five cupping the town as the fingers of one hand, is the strangest pueblo fantasmos in all of Mexico. There is one hotel, run by a serial killer, and directly across the street, one cantina, run by the narco cartel banker. The town was founded in 1495, after a party of Conquistadors, who had been pursuing the last surviving Aztec Eagle knights through the mountains, after the fall of Tenochitlan, discovered silver in the ashes of the fire they had made the previous night. There had been thirteen Conquistadors, and for four hundred years their descendants ruled the town, which became the richest in Mexico, with a treasury, a mint, even an opera house, and of course a vast Cathedral, until Pancho Villa and his army took the town in 1914, when the ruling descendants of the Conquistadors were all shot by firing squad, taking to their graves the secret of where they had hidden their treasure. After the Revolution prospectors drawn by the legend of the Treasure of the Sierra Madre, some said thirteen treasures, blew up most of the buildings of the mediaeval town, but of the treasure, or treasures, nothing was ever found. The Nahuatl speaking natives of the remote mountains, believe it never will be, for it is the property of the Lord of Death, the ruler of MictlAn, and anyone who discovers its location, will be delivered to one of the nine levels of that vast realm, located below the silver mines, under the mountains.
The story is about a search for answers, included in which are what happened to a disgraced but enormously wealthy Bishop, and where he hid the treasures - the secret of which the old cabbalist fucker took to MictlAn, where his bastard son must go, if he is ever to decode any of the secrets of his amnesiac past.
At 351 pages, 66 of which have illustrations by the author, this is a beautiful edition sumptuous edition