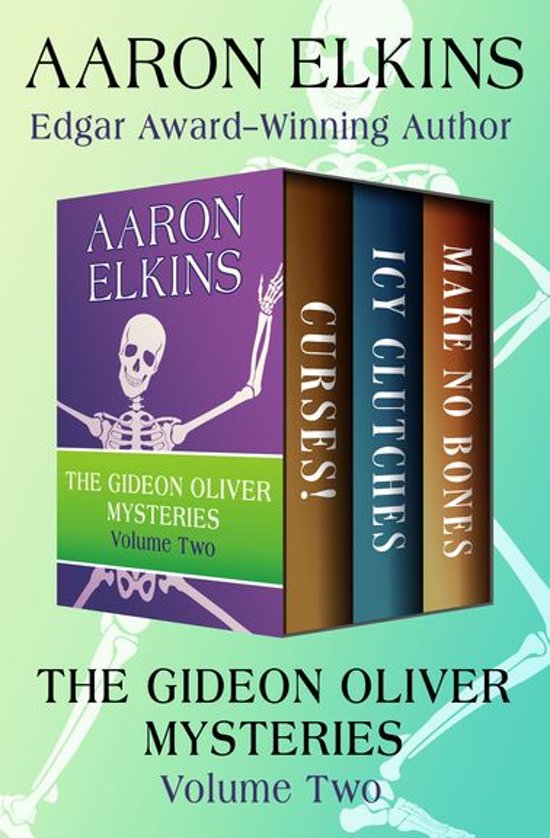 Bone-chilling cases featuring the forensic anthropologist known as the Skeleton Detective, in the Edgar Award–winning series "that never disappoints" (The Philadelphia Inquirer).


Curses!: Mayan ruins in the Yucatán . . . a secret room in a tomb . . . age-old skeletons . . . Anthropologist Gideon Oliver is thrilled to join the archaeological excavation of Tlaloc—until ancient Mayan curses against desecrators of the site seem to materialize as modern murders.


"Another delightful semiserious romp through science and an exotic police culture." —Publishers Weekly


Icy Clutches: On a trip to Glacier Bay, Alaska, with his forest ranger wife, Julie, the Skeleton Detective pursues a coldhearted killer who buries evidence in an avalanche.


Make No Bones: In accordance with the wishes of Albert Evan Jasper, after his demise in a car crash, his remains—a few charred bits of bone—are installed in an Oregon museum to create a fascinating macabre exhibit. A fitting end for the "dean of American forensic anthropologists"—until what is left of him disappears during the biannual meeting—a.k.a. the "bone bash and weenie roast"—of the Western Association of Forensic Anthropologists. Gideon has one question: Why?


"[A] seamlessly plotted corker of a mystery . . . Readers who like their humor dark and their gumshoes smart are sure to enjoy the "bone bash.'" —Publishers Weekly