The Gift of Dyslexia EBOOK Tooltip Ebooks kunnen worden gelezen op uw computer en op daarvoor geschikte e-readers. Why Some of the Brightest People Can't Read and How They Can Learn 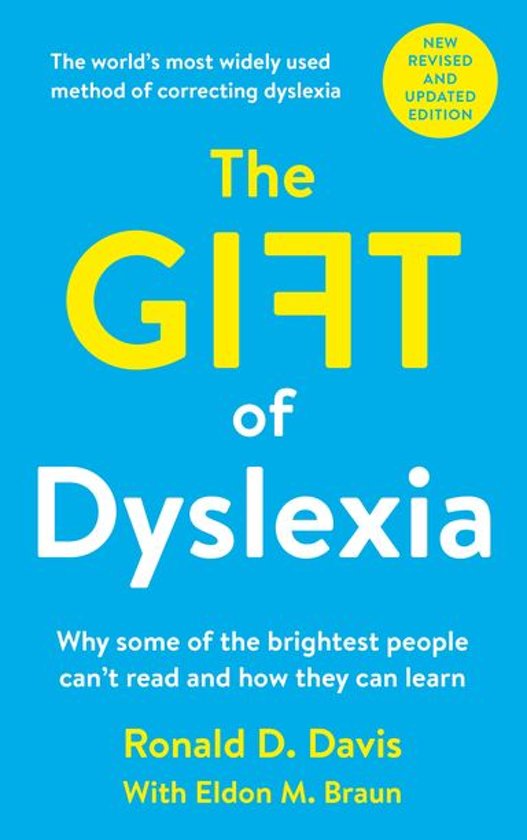 Like other dyslexics, Ronald Davis had unusual gifts of creativity and imagination, but couldn't function 'properly' at school; it wasn't until he was an adult that he discovered techniques that allowed him to read easily.

Written from personal experience of having dyslexia, this breakthrough book offers unique insights into the learning problems and stigmas faced by those with the condition, and provides the author's own tried and tested techniques for overcoming and correcting it.

The experience of being dyslexic is fully explained, from its early development to how it becomes gradually entrenched, as a child comes to rely on non-verbal perception. Davis demonstrates that people with dyslexia have special talents of perception, imagination and intuition, which can be used to enable them to master the problems they have with reading and mathematics. He shows how the dyslexic mind works and how problems are compounded through failure and frustration.

Setting out practical step-by-step techniques, using visualisation and multisensory learning, Ronald Davis brings help to the 15% of children and adults who struggle with reading and writing because of dyslexia. In this revised and expanded edition of his classic work, Ronald Davis brings real help to people who have dyslexia.

At the age of 38, when he was a successful engineer running his own business (but barely capable of reading), Ronald Davis discovered that he, and other dyslexics, thought in terms of three-dimensional pictures rather than words, which made learning to read by conventional methods difficult. He developed his own three dimensional and visualisation learning techniques to help him read, based on the belief that dyslexia is a different form of intelligence (rather than a disability) and that the dyslexic needs to be taught by a method that values their different intellect. From being described as 'functionally illiterate' when he left school, Ronald Davis is now the author of The Gift of Dyslexia, one of the bestselling education books in the world.

It led him to found the Davis Dyslexia Association to help other dyslexic children and adults to read and write. The Davis method is now used in over 40 countries, in 30 languages, by over 450 accredited teachers.