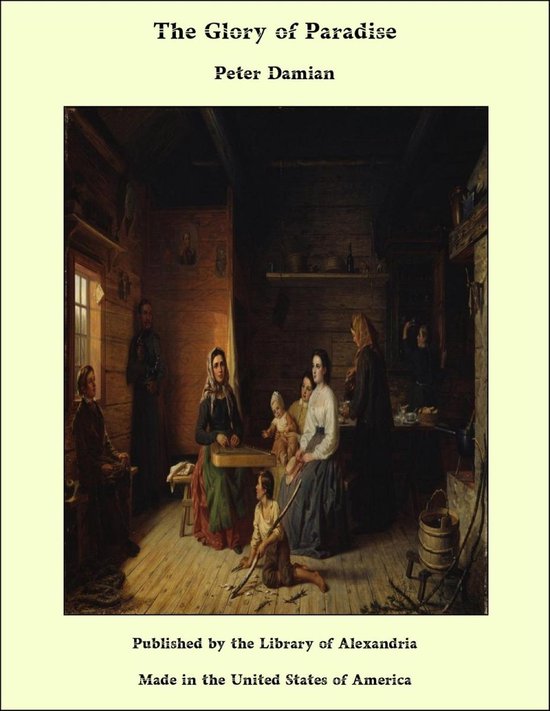 The hymns, therefore, of Damiani, and those of the few following centuries which precede the revival of classical literature, are to be regarded, not as unshackling themselves from the fetters of verse, but as continuing uninterruptedly, and developing to nobler uses indigenous Latin poetry, now that, with the decay of ancient learning, the authors of Greece, and their Roman imitators, had almost wholly disappeared from view. The addition of rhyme was a natural consequence of the entire abandonment of quantity, and is by no means to be attributed to Saracenic or Gothic influence. In Damiani's trochaics, as in Spanish verse, it is confined mostly to the final vowel; but the construction of all such tetrameter metre requires that it be limited, at all events, to the catalectic and final syllable. When, indeed, as soon afterwards, the verse was divided, the change required the disyllabic or trochee rhyme, which gives new grandeur to such hymns as the ''Dies iræ,'' with the optional reservation of the latter portion of the line, consisting of seven syllables, for an intermitted cadence resembling the parœmiac of the Greek ?anap?æstic system, as in the ''Stabat Mater.'' Besides the happy addition of rhyme, these rhythmical trochaics possess this superiority over those constr?cted on the Grecian model, that, losing at the same time a great deal of its monotony, they adapt themselves more readily to every emotion of the mind, by elevating or lowering the intensity of the arsis, though the character of the thought may be contemplative, sorrowful, or jubilant by turns. Severely addicted, as I must be supposed to be, to versification of the stricter and more classical order, I must confess my sympathy with those who take extreme delight in the sacred Latin poetry of the Middle Ages, in which that language seems for the first time to have put forth its full power, and, in wholly discarding imitation, to have become inimitable itself.? Theologically such compositions are entirely unobjectionable; for the finest examples, like Damiani's Hymn, are as uniformly evangelical, and as purely scriptural, as the readers of the pious effusions of Watts, or Wesley, or Author: John Newton, of which we are here so perpetually reminded, could themselves desire. They have little in common with the Church of ? Rome. They reflect none of her manifold corruptions; and she has done what she could to diminish their surpassing purity anal power.