The Golden Gate Bridge and Other Natural Wonders 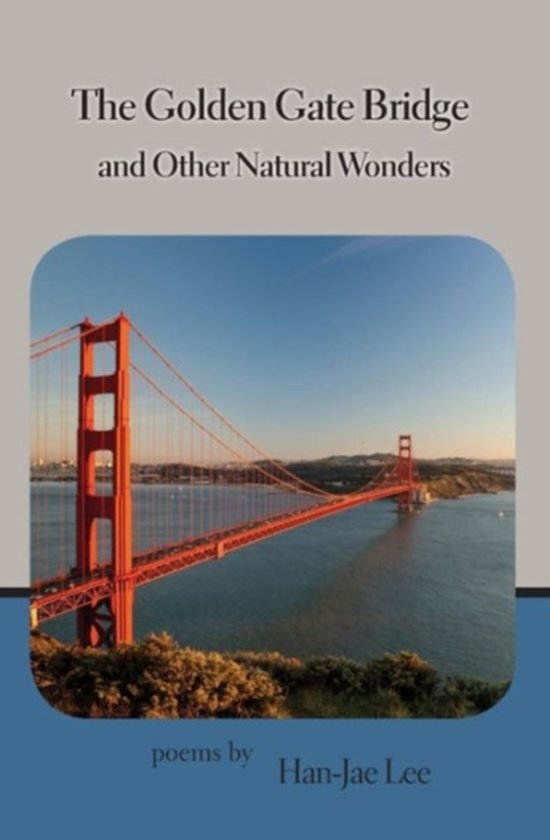 The Golden Gate Bridge and Other Natural Wonders is Han-Jae Lee's first
collection of poetry to be published in English. Described as ..".a curious mix
of Eastern sensibility and Western playfulness," Lee's poetry speaks
with striking detail and understated elegance. His is the mind of a seeker who persistently asks us to go beyond how things appear, and in
looking deeply, to arrive at the soul of all things.
Painting
Sometimes the carelessly lined circle becomes a flower.
And a casually drawn horizontal line becomes the place
where Earth meets up with Heaven.
I glimpse the bony branches while I sketch...
The lines on the paper become the morning sunlight.
Or the thorns of rose bushes.
Bright flowers bloom.
The rose thorns turn into pins which pierce the fin
of the fishes like memories
that are sleeping in the deep lake.
The lilies are shy and smiling;
hiding in the woods.
I'm listening to Vivaldi's "Four Seasons."
Outside, it is raining; gusty winds whip around me.
And lightning strikes with a loud voice.
Just at that moment the electric lights go out.
Everything vanishes into the darkness.
I light a candle and start again-
Put my pencil to the blank page.
ABOUT THE AUTHOR:
Han-Jae Lee began writing poetry in 1997. He studied poetry and creative
writing at Chung-Ang University and Korea University in Korea, and also in the
United States, attending writing workshops at the Aptos and Campbell
Public Libraries and at the Almaden Community Center in San Jose.
In 2005 he won a poetry award (silver) in a national poetry contest
for his work, A High-rise Apartment, given annually for an outstanding
poem, sponsored by The National Assembly of Korea and The
Federation of Korean Cultural Center. His first poetry collection, A High-Rise
Apartment, was published in Korea in 2008. He also co-published
three poetry anthologies and his poems have appeared in the
magazines, Literary Movement and Trend, Literature World and Vision of
Poetry (all in Korean). He has been writing poetry in English since 2004
and this poetry collection is his first book in English. He lives in
both San Jose and Seoul.
Toon meer Toon minder