The Gospel of Marriage 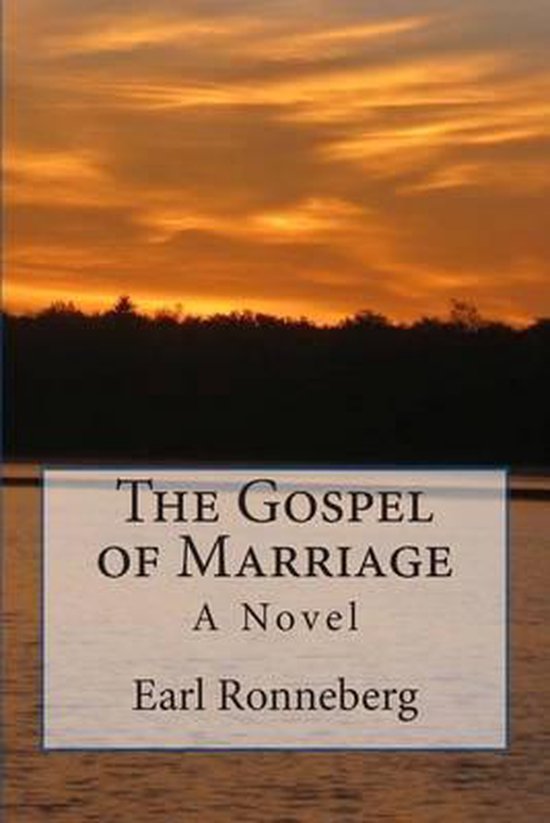 The Gospel of Marriage is a novel that examines love, marriage, their associated issues, and the conflicts of values that arise both before and after marriage. Those value conflicts occur in the novel through the lives of the principal male and female characters, Edward and Kate, who are in a relationship at the start of the story. That relationship is framed by a mystery that serves to focus the reader’s interest through how the mystery is viewed by the two other characters, Gregory and Phyllis, for, through the action of the novel, they both become involved in the lives of Edward and Kate, and, by that association, with the mystery. The ideas about love and marriage and all of the related issues come out through the reader’s examination of the lives of Edward and Kate – both past and present for Kate, and through the present life of Edward. But there are numerous texts which are brought into play that extend well beyond Kate and Edward’s lives. Examples of how this works are many and various. The title of the novel, The Gospel of Marriage, refers to Kate’s performance – she is an actress, a Julliard acting school graduate – in a play by the same name. The entire text of that play, including stage directions, is included as part of the plot of the novel; it establishes its authority through the notion of a Gospel (which is interpreted as any guiding principle for action, in this case, the arena is that of social philosophy). The play is a body of analysis that argues for a view of marriage, love, fulfillment, and many other notions; the concepts in the play stand in sharp contrast to much of what is happening in marriages in the United States today. There are seven acts in The Gospel of Marriage play which amounts to a one-woman monologue given in the context of experimental theater. Each act consists of several sections and, taken altogether, those sections form a plethora of analysis ranging from various philosophers, other plays, books, and the conclusions of sociologists; each of these sources add to the collective story that the novel is telling. Other sources that focus the reader’s attention are: love letters between Kate and Edward; from Kate’s past, the reader is exposed to a transcript of a radio interview which explores how feminism rose after WW II, and the story of how the modern gothic novel became the best-selling genre for over a decade in the United States; Kate explains how, in the interview, the analysis of the modern gothic novel prompted her to choose her acting career. Through the life story and poems of Elizabeth Barrett Browning, further themes with respect to marriage, et al, are introduced; Barrett Browning’s life and poems also serve as a catalyst for Edward to use his own poetry which is spoken aloud in a conversation between Edward and Kate. There are, then, an extraordinary number of viewpoints; they range from modern research on marriage, to complete plays, as well as portions of plays – short sequences or plot summaries – as well as poetry, novels, and the fictional and actual life experiences of women poets. Together with philosophical excerpts from major French, Russian, Swiss, English, and even Scandinavian writers and philosophers, all of whom inform the plot of the entire action of The Gospel of Marriage, the novel presents a timely and thought-provoking journey for any man or woman already married or anticipating marriage.
Toon meer Toon minder