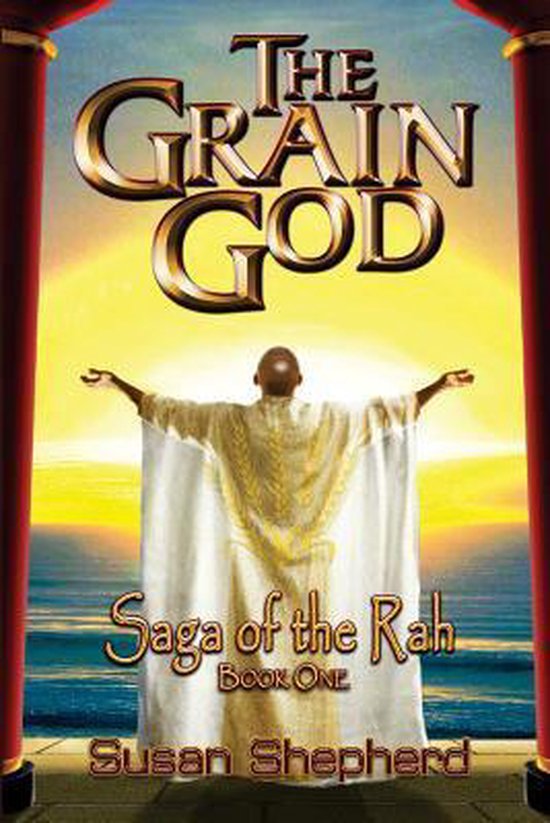 In the spring of the year 1620 BC, the Minoan world is flourishing. At the height of its power it is the crossroads of the Bronze Age world, with Greece to the west, the Hittites to the north, and Egypt to the south. Into this world a beautiful boy from the Nordic peninsula is injected. Arriving on a slave ship and sold to the High Priest Mochlos, his exquisite feline features, his physical grace and strength, and his extraordinary ability to dance quickly make him the most prized slave in the city of Knossos. After a rigorous contest Mochlos wins the right to perform the ritual that transforms the boy into the Grain God, a human vessel for the god of fertility, the Rah. The magic unleashed by the boy's creation soon causes Knossos' crops and seas to flourish and neighboring king Cyrus, his own kingdom withering with drought, hires an assassin to kill him. But there is a greater evil brewing. And as the volcano that will become the greatest natural cataclysm in history smolders offshore, the man who was sent to kill him will become his savior. The SAGA OF THE RAH is a historical fiction. It begins on the island of Crete at the very end of the Minoan civilization. It revolves around a Nordic slave boy who, because of his unusual beauty and athletic ability, becomes a sensation when the high-priest who purchases him turns him into a slave-god, a living representation of the fertility god, Rah. The magic unleashed by the boy's creation appears to cause the crops and seas to flourish, and a neighboring king sends an assassin to kill him, for his own kingdom is withering with drought. But Rush The Assassin, a man more deadly than the volcano that brews offshore, finds himself unable to kill the boy, such is the youth's beauty. Instead, he sets to rescue him, from his fate, from his slavery, and ultimately from the greatest natural cataclysm in history. The second book of the series, SOUL OF RAH, journeys to the assassin's fortress in Anatolia, and continues to follow history as Rush installs Mursillis as king of the Hittites. The third book, CITY OF RAH, follows Rah's escape from the brutal love of his savior to ancient Babylon, which Rush the Assassin will ultimately take in order to recapture Rah. In 1605 the Hittites did in fact, and for no reason ever explained in the history books, conquer that city, and then abandoned it. The final chapter of the series, RETURNING RAH, will deal with Rah's flight from Babylon on the defeated King's golden stallion (the modern-day Akhal-Teke is the offspring of these amazing Babylonian horses) and his return to Crete.
Toon meer Toon minder