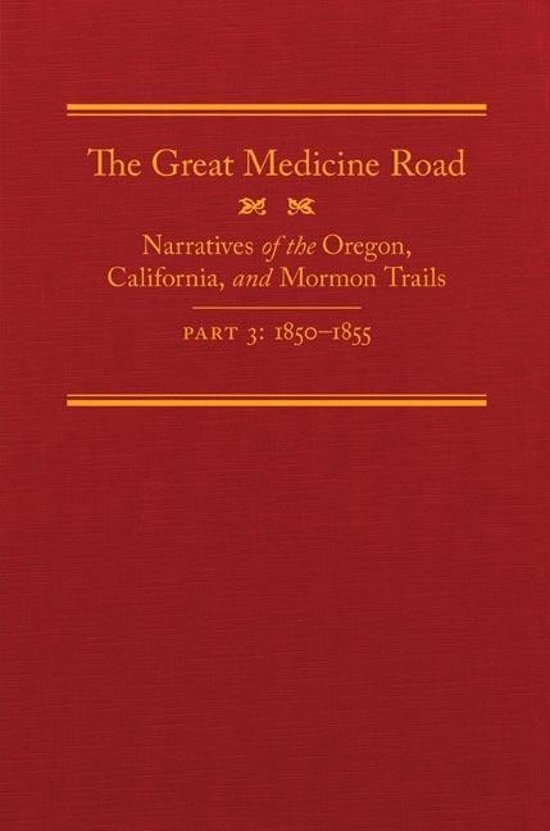 In the years after the discovery of gold in California, thousands of fortune seekers made their way west, joining the greatest mass migration in American history. The gold fields were only one destination, as emigrants pushed across the Great Plains, Great Basin, and Oregon Territory in unprecedented numbers, following the Oregon, California, and Mormon Trails to the verdant Willamette Valley or Mormon settlements in the Salt Lake Valley. "Seeing the Elephant" they often called the journey, referring to the wondrous sights and endless adventures met along the way.


The firsthand accounts of those who made the trip between 1850 and 1855 that are collected in this third volume in a four-part series speak of wonders and adventures, but also of disaster and deprivation. Traversing the ever-changing landscape, these pioneers braved flooded rivers, endured cholera and hunger, and had encounters with Indians that were often friendly and sometimes troubled.


Rich in detail and diverse in the experiences they relate, these letters, diary excerpts, recollections, and reports capture the voices of women and men of all ages and circumstances, hailing from states far and wide, and heading west in hope and desperation. Their words allow us to see the grit and glory of the American West as it once appeared to those who witnessed its transformation.


Michael L. Tate begins the volume with an introduction to this middle phase of the trails' history. A headnote and annotations for each document sketch the author's background and reasons for undertaking the trip and correct and clarify information in the original manuscript. The extensive bibliography identifies sources and suggests further reading.