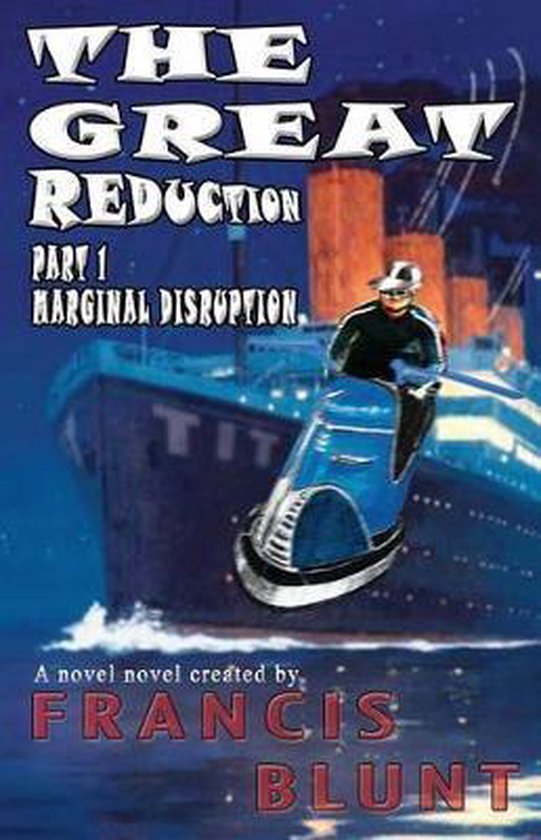 From the official sponsor of a new world order.An autobiographical epitaph.Travelling aboard the stolen Titanic II with a group of professional alcoholics, this bitterly twisted tale of cynical fantasy and comedic adventure takes us through multiple genre across a vast, deserted and horribly deep, pointless ocean.Fresh out of the Diogenes club, London. We find ourselves making an unscheduled, maiden voyage on the newly copied, built and recently stolen Titanic II in Southampton. From here, our 3 properly inebriated adventurists take to the high seas leaving behind a veritable treasure trove of new opportunity. It seemed a good idea at the time.Set in the future when modern technology and science fiction become a factual reality, this ridiculous and dramatic tale also tells of a freak, global event befalling the Earth removing 96% of its human inhabitants. The 4% permitted to remain, suspect the implementation of a new world order but, so far have no real proof of what actually took place on that splendid February morning and in all honesty, don't really care.Some would say it is a big improvement.Other than Farmers, Nurses, Brewers of beer and Chefs chosen to remain, one Engineer and a solo binman - forced by political correction to call himself a waste disposal operative - from Wigan, North West England - also manage to escape the strike sheet.It is thought the lowly Binman holds the key to the continuation of mankind.Amongst the first to be dispatched are the millions of fraudulent benefit claimants. Middle managers and corporate executives were soon to follow.Those laughing at their own jokes, people repeating the word like too often in a single sentence would also soon cease to exist.The selection seemed to be targeting specific groups.People in flip flops, inconsiderate souls slamming doors habitually, using mobile phones in a public place and the millions of hey, cool dudes saying hey, cool and dude would be instantly removed.Likewise, people describing anything as awesome were disappearing at an alarming rate. Goatee beard nurturers, cigarette smokers and wearers of baseball caps and/or fishermans trousers were also included on the ever-expanding universal deletions list.Amidst the chosen few remaining, Shelley, the sexy, Irish girl with remote viewing ability is at long last able to relax and enjoy the peace and harmony created by the now 7.5 billion empty spaces.With a lifelong streak of bad luck, Stan (un-employed ex-special forces with a fascination for lingerie) before the grand occasion took place, he'd devised an elaborate plan to guarantee himself some form of steady job but he, like all the other unsuspecting telluric tenants could never anticipate what lay ahead on that February morning.Monty, (the posh git and suspected freemason) is a Chef by trade. (Or at least that's his excuse).His new position in life is behind the wheel on the bridge of the Titanic in a makeshift kitchen.Trimble, an old junkie, speed freak, acid head has a totally lost his mind but his insatiable appetite for adventure provides a catalyst for some of the more extraordinary happenings at sea.Detritus Crone (the bitter, corporate executive bastard) is about to interview Stan, the ex-special forces man with a grudge going back to his teenage years.Edward Berriman, Refuse Collector to the world, Bin man to the universe is about to be propelled into international stardom. Due to the glitch in the software, he is also allowed to remain with the 4% permitted to live out their terrestrial existence.He uses his secret to firm up his long-awaited claim to fame.It's a normal day at the various locations across the globe, people going about their usual business. Nothing out of the ordinary but by the end of February 2020, the entire populous of the world were to be unwilling participants in the most astonishing event ever to be recorded in the history of the human race.The Great Reduction had begun.
Toon meer Toon minder