The Greatest Crime Novels of Frank L. Packard (14 Titles in One Edition) EBOOK Tooltip Ebooks kunnen worden gelezen op uw computer en op daarvoor geschikte e-readers. The Adventures of Jimmie Dale, The White Moll, The Miracle Man, The Beloved Traitor, The Sin That Was His, The Wire Devils, Pawned, Doors of the Night, The Four Stragglers, The Red Ledger… 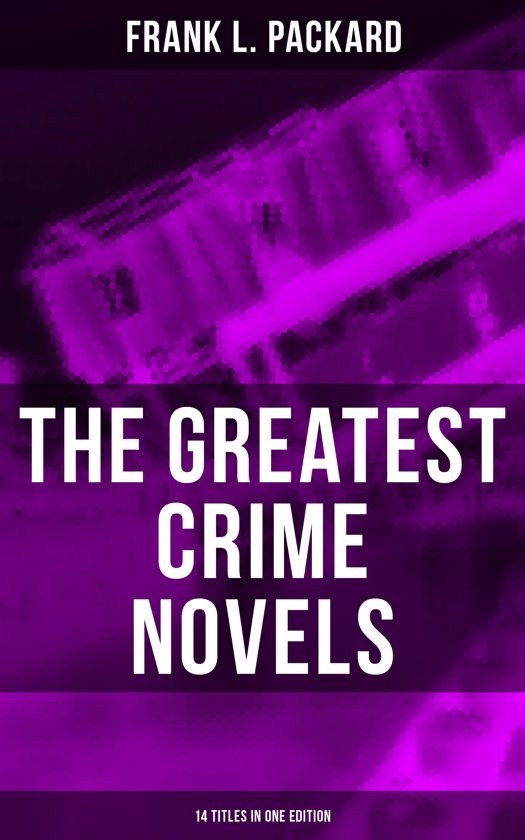 ''The Adventures of Jimmie Dale'' – Jimmie Dale is a wealthy playboy by day, but at night he becomes The Gray Seal, a master thief and safe-breaker. ''The Further Adventures of Jimmie Dale'' – The Gray Seal is back into the New York's underworld, after the woman he loves disappears. ''Jimmie Dale and the Phantom Clue'' – Jimmie Dale is back in the underworld of New York, and he is destined to find the criminal known as the Phantom. ''Jimmie Dale and Blue Envelope Murder'' – A friend of Jimmie Dale is found dead after receiving a mysterious blue envelope, and Jimmie is accused. ''The Miracle Man'' – Group of con artists have a plan to make millions using a faith healing fraud. ''The Belovéd Traitor'' – Story of a betrayal set between Paris and New York. ''The Sin That Was His'' – A crooked man, wrongly accused of a murder, disguises himself as a priest in order to escape charges. ''The Wire Devils'' – The Hawk is a safe-breaker, jewel thief, and one of the cleverest 'gentleman' burglars and he keeps outsmarting other crooks. ''From Now On'' – Tale of a spiritual transformation of an ex-convict and a thief. ''The White Moll'' – A fearless heroine crime fighter is framed, and she must confront the most notorious gang in New York. ''Pawned'' – An exciting tale of a gambler and his adventures in New York. ''Doors of the Night'' – Billy Kane is framed for a robbery and murder. While on the run, he must prove his innocence. ''The Four Stragglers'' – Four ex-soldiers form a high-class international burglary organization. ''The Red Ledger'' – Old man keeps a record of all people who done him wrong and settles the score. Frank Packard (1877-1942) was a Canadian novelist best known for his Jimmie Dale mystery series. He also wrote number of railroad stories and novels.

Subtitel
The Adventures of Jimmie Dale, The White Moll, The Miracle Man, The Beloved Traitor, The Sin That Was His, The Wire Devils, Pawned, Doors of the Night, The Four Stragglers, The Red Ledger…
Thema Subject Code
FF