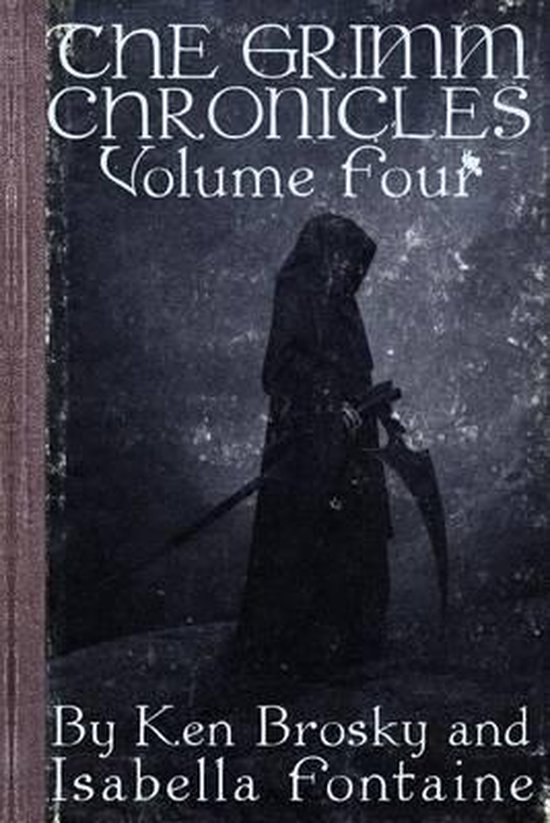 The final volume of The Grimm Chronicles ends with a bang as Alice Goodenough confronts her own mortality while attempting to save the world one last time! As darkness threatens to suffocate her, Alice must find the strength to seek out a mysterious creature that claims to have the power to bring back a loved one. In the process, she'll discover that there's more to the magic pen than meets the eye and will have to journey to a mysterious land filled with familiar--and dangerous--characters.This volume contains the last three episodes of the series:Episode 10: The Black TowersDeath has come again, and this time he's claimed a loved one of hero Alice Goodenough. While she reels in the aftermath of a heartbreaking loss, those around her are forced to cope with the terrible consequences of a world without a hero. Alice has learned a terrible lesson: the hero is not safe. Her loved ones are not safe. So long as the Corrupted walk the earth, death will stalk her like a shadow.In her dreams, she's plagued by a golden boy and a statue with a terrible thirst for darkness. The boy believes he is the key to saving the human race and calls to Alice while she sleeps. But can Alice pull herself from the abyss and sally forth, or will she end up in the heroes' graveyard?Episodes 11 and 12: A Dance With DeathThe hero's journey comes to a close in this epic two-part adventure! Alice Goodenough has passed through Death and now finds herself in a strange land with only her nemesis Sam Grayle for company. Their presence doesn't go unnoticed ... soon, they find themselves in the middle of a war between the good and the Corrupted. Old foes return. New allies are made. Lines are drawn and then crossed as the Corruption spreads, threatening to destroy the land itself and cover this strange world in darkness forever.Alice and her allies must stop it. But to do that, they'll have to find the source of the Corruption: an old enemy whose power has only grown stronger. And this time, the Golden Dragon has an army ...Like Katniss in The Hunger Games and Buffy the Vampire Slayer, hero Alice Goodenough is going to need to use more than her fists if she hopes to survive this nightmare!
Toon meer Toon minder