The Harmony of the Law, Volume 3 Commentaries on the Four Last Books of Moses 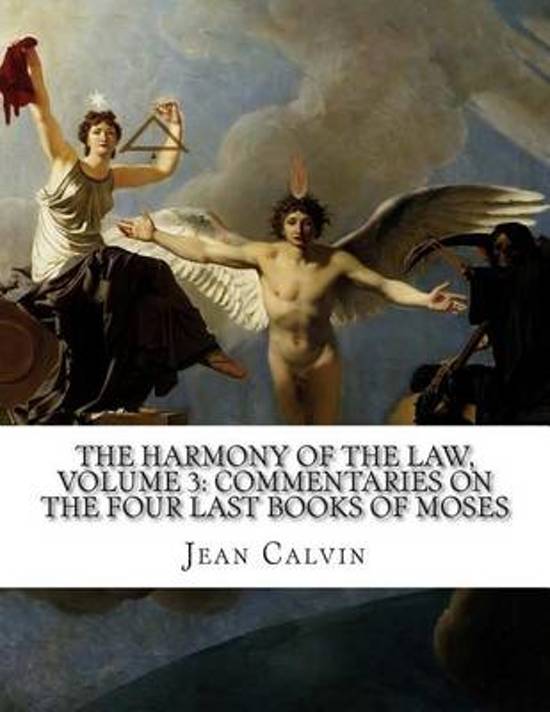 Jean (eng. John) Calvin developed his theology in his biblical commentaries as well as his sermons and treatises, but the most concise expression of his views is found in his magnum opus, the Institutes of the Christian Religion. He intended that the book be used as a summary of his views on Christian theology and that it be read in conjunction with his commentaries.Calvin provided many of the foundational documents for reformed churches, including documents on the catechism, the liturgy, and church governance. He also produced several confessions of faith in order to unite the churches.Calvin produced commentaries on most of the books of the Bible. His first commentary on Romans was published in 1540, and he planned to write commentaries on the entire New Testament. Six years passed before he wrote his second, a commentary on I Corinthians, but after that he devoted more attention to reaching his goal. Within four years he had published commentaries on all the Pauline epistles, and he also revised the commentary on Romans. He then turned his attention to the general epistles, dedicating them to Edward VI of England. By 1555 he had completed his work on the New Testament, finishing with the Acts and the Gospels (he omitted only the brief second and third Epistles of John and the Book of Revelation). For the Old Testament, he wrote commentaries on Isaiah, the books of the Pentateuch, the Psalms, and Joshua. The material for the commentaries often originated from lectures to students and ministers that he reworked for publication.
Toon meer Toon minder