The Hibbert Lectures, 1887 Lectures on the Origin and Growth of Religion 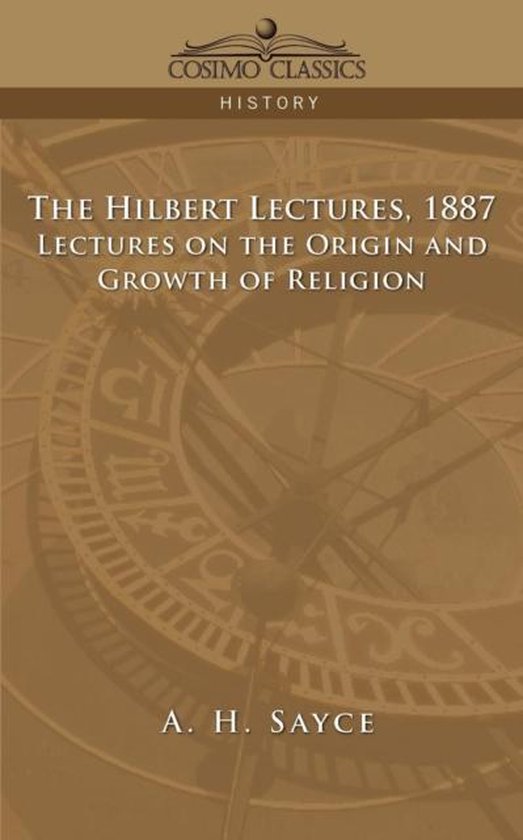 A.H. Sayce was, by 1900, a controversial figure in the field of biblical archaeology who sought to prove the veracity of the Bible as an historical document. Instrumental in forming that reputation were his lectures to the Hibbert Trustees in 1887, and while Sayce was later known as a popularizer of ancient history, this engrossing collection of addresses displays the formidable breadth and depth of the scholar's knowledge. In these six comprehensive lectures, Sayce elucidates: . the difficulties of working with disjointed and half-decoded texts . the connections between Babylonian and Jewish priesthoods and rituals . the origins of such biblical names as Moses, Joseph, Saul, and David . where Babylonian culture was centered and how this affected the character of its religion . the hierarchy of Babylonian deities and "wicked spirits" . the doctrine of the origin of evil . the concepts of the "world tree," the "tree of life," and the "tree of knowledge" . the Babylonian cosmological system . the creation of state religion . and much more. Archibald Henry Sayce (1845-1933), an Anglican clergyman and a fellow and lecturer in Assyriology at Oxford, is best known for his book The History of Hebrews and his deciphering of the Hittite language. An expert in Ancient Near Eastern civilization and culture, he also authored Assyria: Its Princes, Priests and People and The Races of the Old Testament.
Toon meer Toon minder

Originele Titel
The Hibbert Lectures, 1887: Lectures on the Origin and Growth of Religion