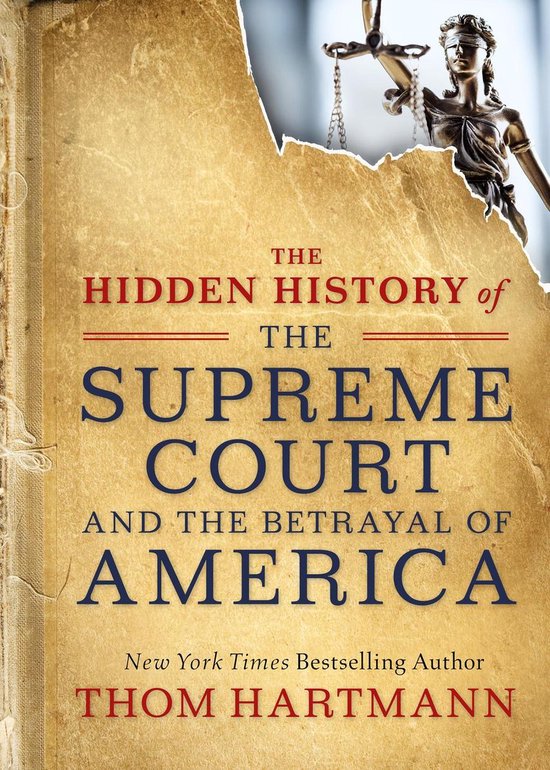 Thom Hartmann is the author of nineteen books, many of which have been spotlighted by NPR, CNN, the BBC, The Wall Street Journal, and others. He has won the Project Censored Award four times and is currently a daily host on Air America Radio Network. He lives in Portland, Oregon.
Alles van Thom Hartmann

"Hartmann delivers a full-throated indictment of the U.S. Supreme Court in this punchy polemic." --Publishers Weekly

Thom Hartmann, the most popular progressive radio host in America and a New York Times bestselling author, lays out a sweeping and largely unknown history of the Supreme Court of the United States, from Alexander Hamilton's arguments against judicial review to modern-day debates, with key examples of cases where the Supreme Court overstepped its constitutional powers using the excuse of judicial review, and possible solutions.

Hartmann explains how the Supreme Court has spilled beyond its Constitutional powers in a series of rulings, including how it turned our elections over to American and foreign oligarchs with twin decisions in the 1970s, setting the stage for the very richest of that day to bring Ronald Reagan to power.

You'll hear the story of a series of Republican presidents who used fraud and treason to secure their elections, and how the GOP knew it but looked the other way because "the Court is hanging in the balance." A court that then went on to gut hundreds of pieces of progressive legislation, as Republicans had hoped.

Ironically, Hartmann points out, John Roberts (now the Court's Chief Justice), when he worked for Ronald Reagan in the 1980s, came up with a novel theory about how Congress could go around the Supreme Court. His goal was to effectively reverse Roe v. Wade and Brown v. Board, but in the process provides us with an elegant legal argument and legislative solution that could, in an emergency, be used by a progressive Congress and president to clean up much of the damage the Court has done in past decades.

Thomas Jefferson argued it is not the role of the Supreme Court to decide what the Constitution means, but rather the duty of the people themselves (and how they can do it). America may soon be forced to decide if it's going to continue to be governed as a constitutional monarchy, with nine unelected royals who have final say on everything, or if we are to revert to being a democratic republic as was largely the case before the late 1800s when America's first industrial era oligarchs corrupted the Court.
Toon meer Toon minder