The Hidden Motor The Psychology of Cycling 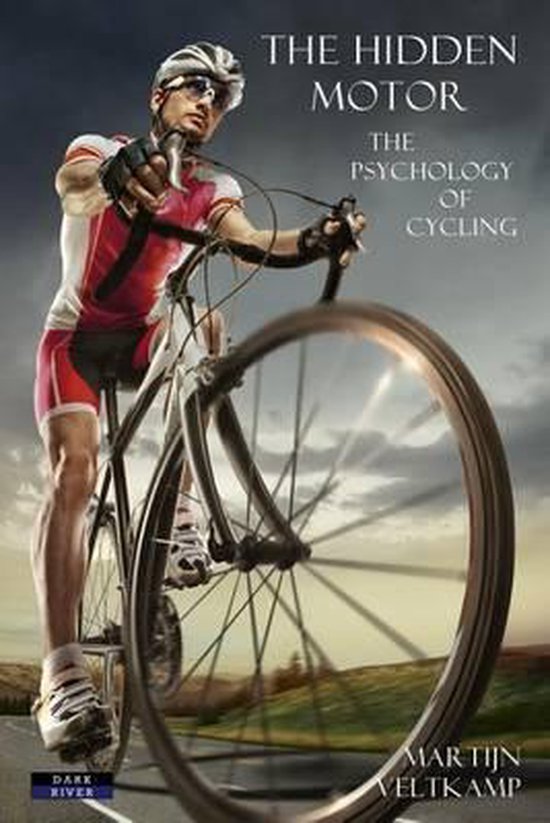 
Cycling is one of the world's great sports. From The Tour de France to the Paris-Roubaix to velodromes across the globe, it encompasses many disciplines: from climbing mountains to massed sprints to the loneliness of the time trial.

But what separates race winners from the nearly men? Top cyclists are physically similar, train the right way, eat the right things, and yet there is something that separates them. It's their hidden engine - not a secret mechanical aid - but what's between their ears that makes the difference.

In this superbly-researched and accessible book for fans of cycling, psychologist and cycling author Martijn Veltkamp gets to the heart of the supremely demanding and challenging sport of professional cycling, and the mental side of performance that drives success. He addresses fundamental questions in an easy-to-read way, including: what motivates riders and how does motivation affect performance? Where does a rider's fear of descending originate from, and how do you get rid of it? Why do some cyclists succumb under pressure, whilst others do not? Why is cycling on your own mentally more challenging than when in a group?

Written for connoisseurs of cycling, but equally rewarding for general readers, the book examines cycling from the viewpoint of classic psychological studies, and stage and race histories, as well as interviews with former professional riders. The Hidden Motor is a must-read book for anyone who wants to know all about this most exceptional of sports.

This book is the English language translation of De Verborgen Motor, originally published in The Netherlands in 2015.

Martijn Veltkamp is a psychologist based in The Netherlands. He graduated from the University of Utrecht in 2009, and specializes in motivation and behaviour. He is a passionate cyclist, writer, and follower of cycling.

Praise for the original Dutch version of the book

"Fun and informative for cyclists and those interested in pro-cycling. All scientific theories are explained brilliantly with examples and anecdotes from practice. Recommended " HetisKoers

"An original, interesting view of the peloton. One that forces you to look beyond merely the results." WielerRevue

"An accessible, clear and entertaining story on the most important mental aspects of cycling." Fiets magazine

"Clearly structured with nice examples from practice, all supported with scientific evidence or otherwise strong arguments. This is material that the peloton can take advantage of. Very impressive when you can achieve that on paper." ProCycling

"To get a good impression of what is going on in the peloton one might want to read "De verborgen motor" by psychologist Martijn Veltkamp. It sharpens the senses, refreshes your memory, and awakes the cycling fever." Trouw

"The most surprising Tour de France book of the year. Veltkamp shows himself not only a cycling connoisseur, but a good writer as well. With clear argumentation and good examples from practice he explains how there are multiple sources of motivation or how to deal with the fear of descending. Interesting, informative, entertaining." De Volkskrant