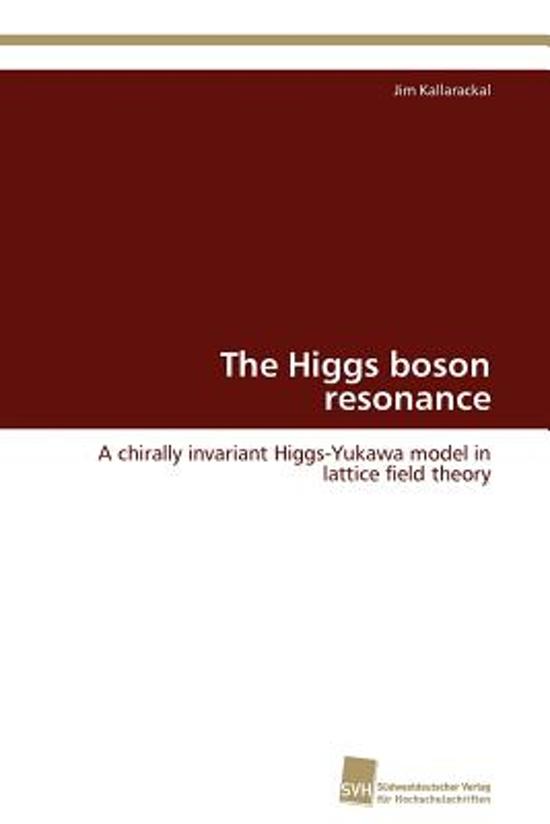 The Higgs boson is a central part of the electroweak theory and is crucial to generate masses for fermions and the weak gauge bosons. Here, the basis to compute the physical quantities is the path integral which is evaluated by means of Monte Carlo simulations thus allowing for fully non perturbative calculations. The chiral symmetry of the electroweak model is incorporated by using the Neuberger overlap operator. Results from lattice perturbation theory up to one loop of the Higgs boson propagator are compared with those obtained from Monte Carlo simulations. At all values of the investigated couplings, the perturbative results agree very well with the Monte Carlo data. The Higgs boson does not appear as an asymptotic stable state but as a resonance. A main focus of this work is the investigation of the resonance parameters of the Higgs boson. The resonance width and the resonance mass are investigated at weak and at large quartic couplings. Finally, the effect of a heavy fourth generation of fermions on the upper and lower Higgs boson is studied. Both mass bounds are revised in the presence of a quark doublet with a mass around 700 GeV.
Toon meer Toon minder