The History of Antiquity Vol V 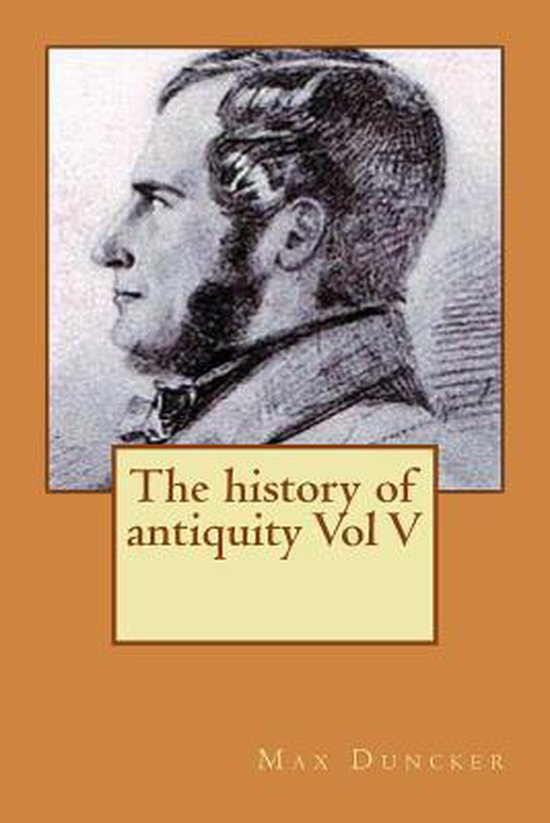 CHAPTER I. As far back as our information extends, we find the table-land of Iran occupied by a group of nations closely related to each other, and speaking dialects of the same language. On the edges of that great desert, which occupies the centre of the land, are tracts of pasture, and further inland, treeless steppes, which, however, are watered here and there by brackish pools, and produce a salt vegetation barely sufficient to provide buffaloes and camels with sustenance, until the soil becomes entirely barren. In the western part of these steppes wandered a pastoral people, whom Herodotus calls Sagartians. They were horsemen, but, according to the historian's statement, carried no weapons of attack beyond a dagger and a rope of twisted straps, at one end of which was a loop. In this they placed their confidence in battle; they threw it over men and horses, and so dragged them down and strangled them. In the inscriptions of the Achæmenids this nation is called Açagarta.[2] Close to the Indus, and beyond the bare, hot, treeless shores of the ocean, the southern part of the plain consists of sandy flats, in which nothing grows but prickly herbs and a few palms. The springs are a day's journey from each other, and often more. This region was possessed by a people whom Herodotus calls Sattagydæ, and the companions of Alexander of Macedonia, Gedrosians.[3] Among the nations of the East who were subject to them, the inscriptions of the Achæmenids mention the ''Thataghus,'' which the Greeks understood as Sattagush and Gadrush. Neighbours of the Gandarians, who, as we know, dwelt on the right bank of the Indus down to the Cabul, the Gedrosians led a wandering, predatory life; under the Persian kings they were united into one satrapy with the Gandarians.[4] To the south of the Gedrosians, on the coast, there dwelt, according to the Greeks, a miserable race, eaters of fish and tortoises, who built their houses of the bones of whales thrown up by the sea. They wove their nets from the bark of palms, and their weapons were javelins hardened in the fire.[5] The edge on the south allows no streams of any size to flow to the sea, so that even to this day this coast presents only a few small fertile spots. About equally distant from the northern and southern edge of the table-land, to the east of the desert of the interior, lies a considerable lake, now called Hamun, but known to the Greeks as Areios. It forms the centre of a cultivated district, though the storms from the west often drive the sand of the desert to its shores. This basin is formed by and receives important streams flowing from the inner slopes of the northern and eastern edge. From the southern spurs of the Hindu Kush comes the Hilmend, the Haetumat of the Avesta, i. e. rich in bridges, the Etymandros of the Greeks, which has a course of about 400 miles, and before falling into the lake is joined by the Arghandab. The Lora, which flows from the east, but further to the south, does not now reach the lake. From the north flow the Harut and Chashrud. Round this lake, and on the banks of the Hilmend, the Arghandab, and the Lora, lies a fruitful region; higher up the walls of the valleys are covered with forests, until towards the east the upper course of the rivers is enclosed by bare cliffs. On the shores of the Hamun, and in the valley of the Hilmend, dwelt a people whom the inscriptions of the Achæmenids call Zaraka, i. e. dwellers on the lake. A lake in Old Persian is Daraya; in the ancient language of the East, Zarayanh; in modern Persian, Zareh. Hence we understand why Herodotus calls this nation Sarangians, the later Greeks, Zarangians and Drangians. According to the Greeks the Zarakas were a warlike nation, armed with Median bows and spears, unsurpassed in battle on horseback; and a tribe of them which lived under good and equitable laws bore the name of Ariaçpians.[6] The ruins of cities and works of irrigation testify to the former prosperity of this region.
Toon meer Toon minder