The History of Artillery. from Its Origins to 1822 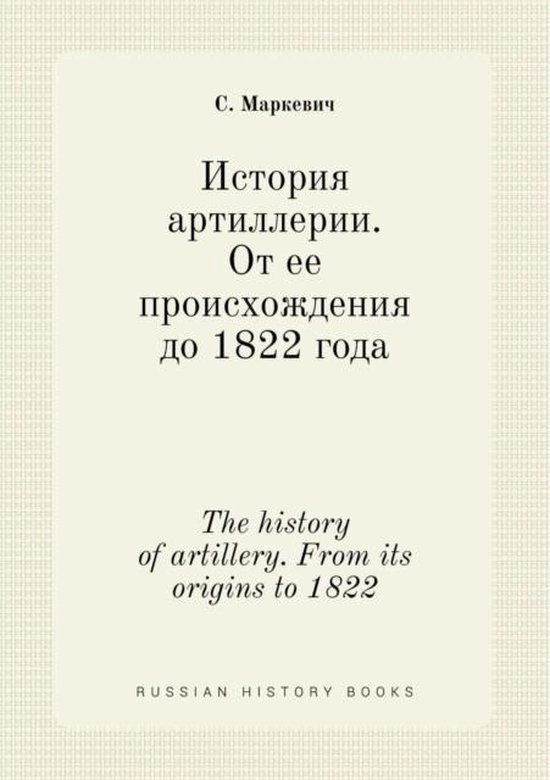 This is a rare military-historical edition is one of the first popular works published in Russian translated from the German on the history of the artillery as a special kind of troops. The author of the famous Prussian military theorist Carl von writer, General Dekker (1784-1844) in his youth was a member of the Napoleonic wars, he served in the army of King of Prussia and was even awarded in 1814 by Emperor Alexander I, among other officers Russian Order of St. Vladimir 4 th degree of personal courage in the battles with the French occupiers. Later in the majors produced by C. von Decker was added to the Prussian General Staff and was appointed a lecturer at the General Military School, and two years he lectured at the artillery and engineering school in Berlin. In the course of his teaching he prepared popular essays on military history, one of which was this work on the history of artillery for the first time was published in Berlin in 1816 (her original name Die Artillerie fur alle Waffen (Berlin 1816) . In connection with the creation in Russia in 1832, the Academy of the General Staff there was an urgent need for training manuals. Therefore edition and translation of the book became Carl von Decker. was published in 1833, as stated in the book, "the full story Artillery," translated from German, have been prepared by Captain Semyon Andreevich Markevich, who served an inspector in the 2nd Cadet Corps. When the Russian translation of the information related solely to the Prussian artillery was replaced them in the history of Russian artillery. The translator was also drawn up actually the first in the domestic military history complete bibliography on the history of artillery, published by this time in Russian, including the legendary "martial Charter, gun and other matters," written on the basis of foreign publications even in 1607 a master of the Printing Order Onesimus Mikhailov (Radishevsky) and published in the 1777-1781 biennium."
Toon meer Toon minder