The History Of England - Vol V. 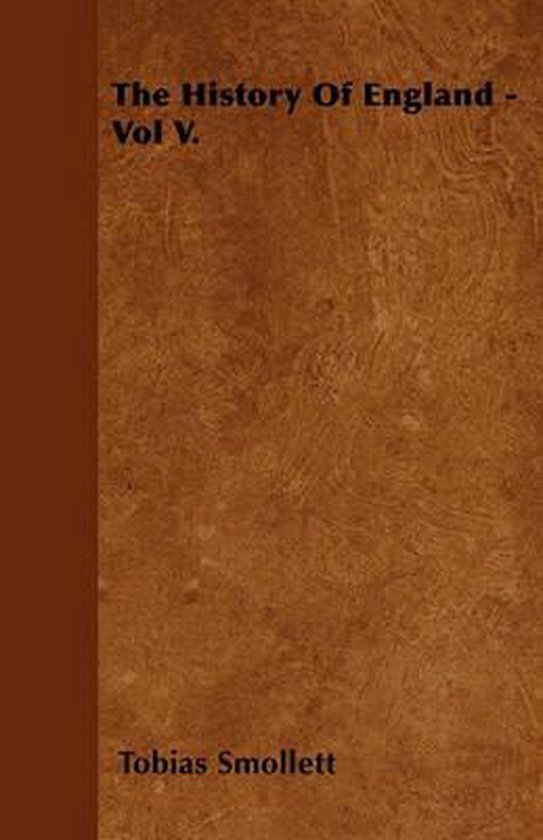 " TOBIAS SMOLLETT (1721-1771) was borin near Dunbarton in Scotland. He was educated at local schools and then at the University of Glasgow, which he left without a degree. He was apprenticed as a surgeon in the city, but in 1739 went to London. In 1740 he sailed with the fleet to the West Indies as surgeon's mate on HMS Chichester. He was present at the disastrous attack on Cartagena and cisited Jamaica. He settled in London in 1744 and practised—unsuccessfully—as a surgeon. The Adventures of Roderick Random, Smollett's first novel, appeared in 1748. Drawing on his own experiences, the book is a series of adventures depicting the travels of a Scottish hero; its expose of London life foreshadows some of the themes in Humphry Clinker. Smollett's last years were parred by sickness and disappointment. In 1760 he was fined £100 and sentenced to three months' imprisonment for a bitter attack on Admiral Knowles (who had commanded the West Indies expedition) in the Critical Review, which with two others he had founded in 1756 and edited until 1762. He then edited,with little success, The Briton, a weekly periodical supporting the unpopular Scottish Prime Minister, Lord Bute. Ill-health sent him abroad in 1763, and in 1766 he published his entertaining and acerbic Travels in France and Italy, which earned him, from Sterne, the nickname of ""Smelfungus."" He returned for a last visit to Scotland and Bath and then finally left England in 1768, dying aged fifty at Monte Nero, near Leghorn. Humphry Clinker was published in the year of his death, 1771."
Alles van Tobias Smollett
Toon meer Toon minder

Many of the earliest books, particularly those dating back to the 1900s and before, are now extremely scarce and increasingly expensive. We are republishing these classic works in affordable, high quality, modern editions, using the original text and artwork.