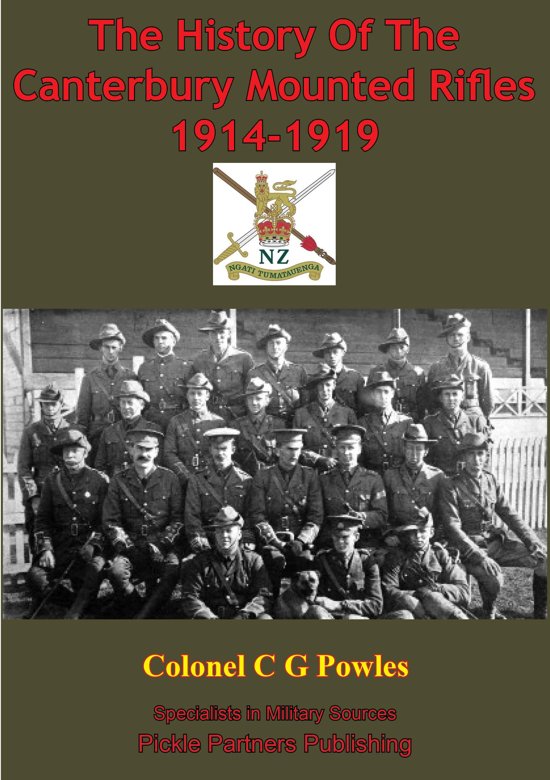 Contains over 60 illustrations and 10 maps.

"Great War history of a New Zealand cavalry unit which fought as infantry at Gallipoli, and suffered severe casualties. The Canterbury Rifles resumed its mounted roll in Egypt in the desert campaign culminating in taking Jerusalem and Jericho in 1918.

The (New Zealand ) Canterbury Mounted Rifles, like other cavalry units, fought dismounted in the Gallipoli campaign and suffered horrendous losses there. After the evacuation of the Gallipoli Peninsular, the unit's remnants were refitted in Egypt and then committed to the Sinai and Palestine campaigns. They took part in the battles of Rafa, Romani and Gaza, and in the advance to Jerusalem and Jericho in 1918. Throughout their time in the desert, they fought in the mounted role for which they had originally been trained. They ended the war after the Armistice by returning to the Gallipoli Peninsular where they had suffered so much. The book is profusely ilustrated by a range of interesting black and white photos; and an appendix on the unit's horses plus a Roll of Honour, list of awards etc."—N&M Print Version