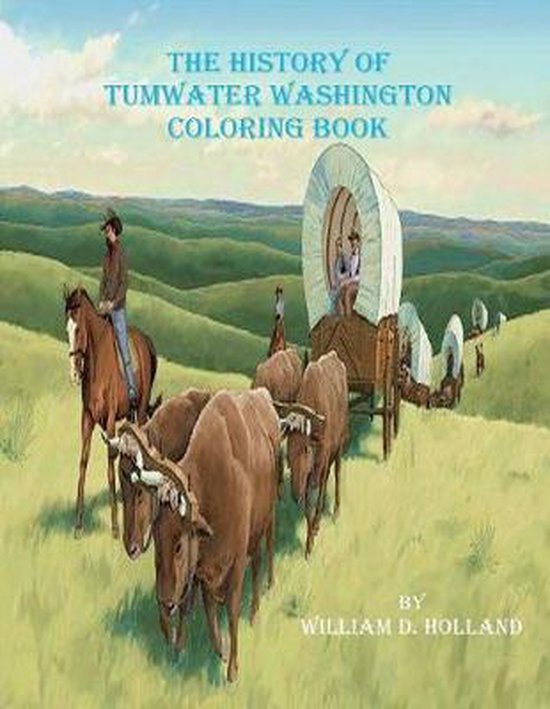 It began with thirty-one adventurous people looking for a new life out west. They packed up their belongings and struck off across the Oregon Trail, over two-thousand miles of dust, torrential rains, mud, floods, howling winds, and unforgiving sun. When they couldn’t find what they wanted in the Willamette Valley, they headed north into British-held territory, and found a new home at the foot of a beautiful waterfall. The Deschutes River, near the southern tip of the Puget Sound, had everything they desired. The virgin forest rose high above them. The Native tribes were friendly. The river provided power for their mills. They called their new home “New Market,” (later to be named Tumwater) and thus began the History of Tumwater, Washington. This is more than a coloring book. This is a history lesson for young and old alike, a look at the incredible efforts that went into the formation of a town. It is the story of Tumwater, but it could easily be the story of a thousand other cities across the United States. William D. Holland, former history teacher and current novelist, takes a look at the fascinating history of Tumwater, the first settlement in the State of Washington. It is, quite frankly, a story of America. The History of Tumwater Washington is now a coloring book. Read along and learn! Color along and have fun!
Toon meer Toon minder