The hound of the Baskervilles 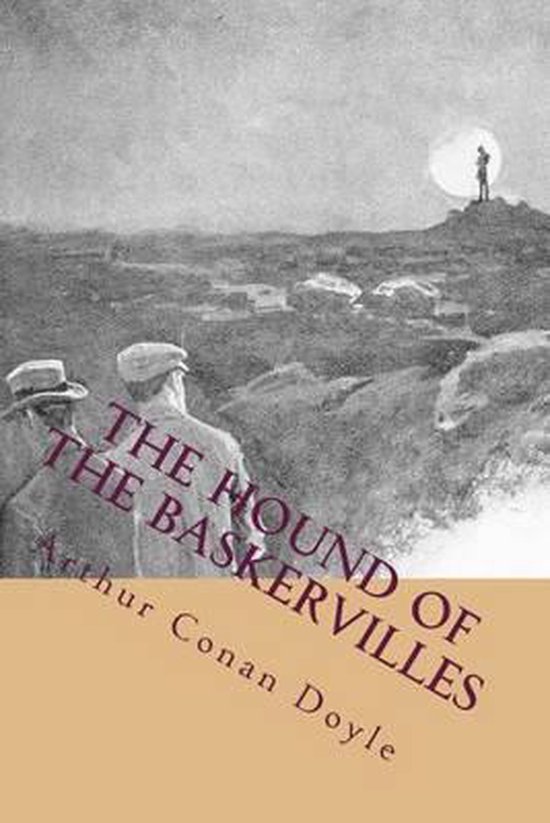 Sir Arthur Conan Doyle (1859-1930) was born in Edinburgh. Educated by the Jesuits at Stonyhurst, Doyle entered the medical school at Edinburgh University in 1876, working as a doctor's assistant at times to help pay the fees. He graduated in 1881 and, after Greenland and African voyages as a ship's doctor, went into practice at Southsea, Portsmouth.

Conan Doyle had started to write while he was a medical student, and at twenty he had a story published in Chamber's journal. Sherlock Holmes first appeared in A Study in Scarlet (1887), and from 1891 he featured regularly in stories for the Strand Magazine.

To replace Holmes, Conan Doyle created Etienne Gerard, a young French cavalry officer from the time of the Napoleonic Wars, whose memoirs were collected as The Exploits of Brigadier Gerard (1896) and its sequel, Adventures of Gerard.

Knighted in 1902, Conan Doyle produced more than 60 books in the course of his career, including songs, poetry and historical fiction in the spirit of Scott. But his greatest literary achievement lay in his short stories, unrivalled in the mingling of character, action and atmosphere, whether Holmesian or Gerardine.

Dr. Mortimer visits Sherlock Holmes and his friend Dr. Watson to explain the strange circumstances of the death of his friend and patient, Sir Charles Baskerville. The old man with a weak heart has died of a heart attack after a short night walk through the gardens of the mansion, overlooking the misty moors of Devonshire. Mortimer Holmes tells an old legend centuries running on this family. He shows her a manuscript dated 1742 reporting that Hugo Baskerville, a cruel ancestor, was murdered by a demonic dog after he tried to rape a young peasant. This dog still would prowl on the moor in search of descendants of the Baskervilles.Holmes remains skeptical about the supernatural aspect of the investigation, but the facts passionate. Mortimer tells him that the last heir of the Baskervilles Sir Henry, nephew of Charles, arrives from Canada to inherit the family estate. Sir Henry is a mature man, adventurous, energetic and determined, intended to continue the good works of his uncle. But knowing the doom of the members of this family, Mortimer hesitate to take the young man on the moor.After some adventures in London, Holmes and Watson are certain that human influence is real and present in this case. But who could blame as the Baskerville family? Holmes suddenly abandoned the investigation, citing more important matters to deal with, and asked his friend to protect Sir Henry in Dartmoor, a fog area and loopholes bogs. Thus begins an adventure that will mobilize all our heroes analysis capabilities ...Arthur Conan Doyle (born Arthur Ignatius Conan Doyle May 22, 1859 in Edinburgh, Scotland, and died July 7, 1930 in Crowborough, Sussex) is a British writer and physician. He is famous for his novels and short stories featuring the detective Sherlock Holmes - considered a major innovation of the detective novel - and Professor Challenger. This prolific writer has also been the author of science fiction books, historical novels, plays, poems and historical works.He was raised to the rank of Knight of the Order of the Order of Saint John by King Edward VII October 24, 1902.Beginnings and formation Arthur Conan Doyle was born in 1859 in Scotland, in a Catholic family of immigrant Norman origin of the town of Ouilly-on-Orne. It is the second of ten children of the English painter Charles Altamont Doyle and Mary Foley, Irish, married in 18552. According to the preface to the French version of The White Company, it is also a descendant of the Dukes of Brittany (Conan). This family tree is the cause of his passion for history, and so his works The White Company and Sir Nigel. Conan is his third name, but the associate before his patronyme.Conan Doyle makes his primary schooling at Jesuit preparatory school Hodder Place (in), in the city of Hurst Green (in) - near Clitheroe, Lancashire. At age nine, he enrolled in college Stonyhurst he left around 1875, rejecting Christianity before becoming agnostic. From 1876 to 1881 he studied medicine at Edinburgh University and made several internships in Aston (in) (now a district of Birmingham) and Sheffield. While practicing medicine, he began writing stories whose first are published in Chambers's Journal Edimburgh before its twentieth year.February 28, 1880, while in 3rd year medical student, he sailed as board medical officer of Hope whaling ship, port of Peterhead (Scotland), Captain John Gray, for a hunting campaign seal and whale that will last until 11 August 1881 and will take the ship to Greenland, Spitsbergen and the Faroe Islands.He will have the opportunity to participate in the operation of the ship, the whaling (which at that time was still being "old" boats with oars to), to make scientific observations on Arctic marine life and maintaining the crew morale by organizing boxing tournaments, he practiced in éclairé amateur.It will fall four times in the icy water and will be recovered each time, Captain jokingly calling him "the great northern diver."
Toon meer Toon minder