The House of Walderne: A Tale of the Cloister and the Forest in the Days of the Barons' Wars EBOOK Ebooks kunnen worden gelezen op uw computer en op daarvoor geschikte e-readers. 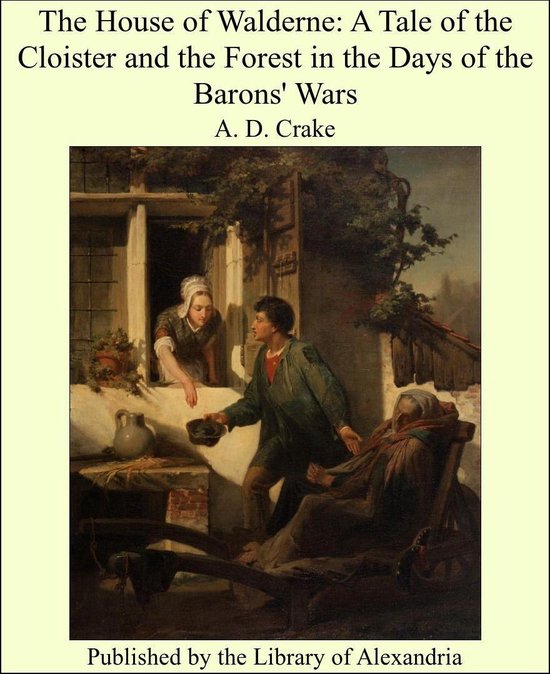 It is not without pleasure that the author presents this, the twelfth of his series of historical novelettes, to his friends and readers; the characters, real and imaginary, are very dear to him; they have formed a part of his social circle for some two years past, and if no one else should believe in Sir Hubert of Walderne and brother Martin, the author assuredly does. It was during a pleasant summer holiday that the plan of this little work was conceived: the author was taking temporary duty at Waldron in Sussex, during the absence of its vicar--the Walderne of our story, formerly so called, a lovely village situated on the southern slope of that range of low hills which extends from Hastings to Uckfield, and which formed the backbone of the Andredsweald. In the depths of a wood below the vicarage he found the almost forgotten site of the old Castle of Walderne, situate in a pathless thicket, and only approachable through the underwood. The moat was still there, although at that time destitute of water, the space within completely occupied by trees and bushes, where once all the bustle and life of a medieval household was centred. The author felt a strong interest in the spot; he searched in the Sussex Archaeological Collections for all the facts he could gather together about this forgotten family: he found far more information than he had hoped to gain, especially in an article contributed by the Reverend John Ley, a former vicar of Waldron. He also made himself familiar with the topography of the neighbourhood, and prepared to make the old castle the chief scene of his next story, and to revivify the dry dust so far as he was able. In a former story, the Andredsweald, a tale of the Norman Conquest, he wrote of "The House of Michelham," in the same locality, and he has introduced one of the descendants of that earlier family, in the person of Friar Martin, thinking it might prove a link of interest to the readers of the earlier story. He had intended to incorporate more of the general history of the time, but space forbade, so he can only recommend his readers who are curious to know more of the period to the Life of Simon de Montfort, by Canon Creighton {1}, which will serve well to accompany the novelette. And also those who wish to know more of the loving and saintly Francis of Assisi, will find a most excellent biography by Mrs. Oliphant, in Macmillan's Sunday Library, to which the author also acknowledges great obligations