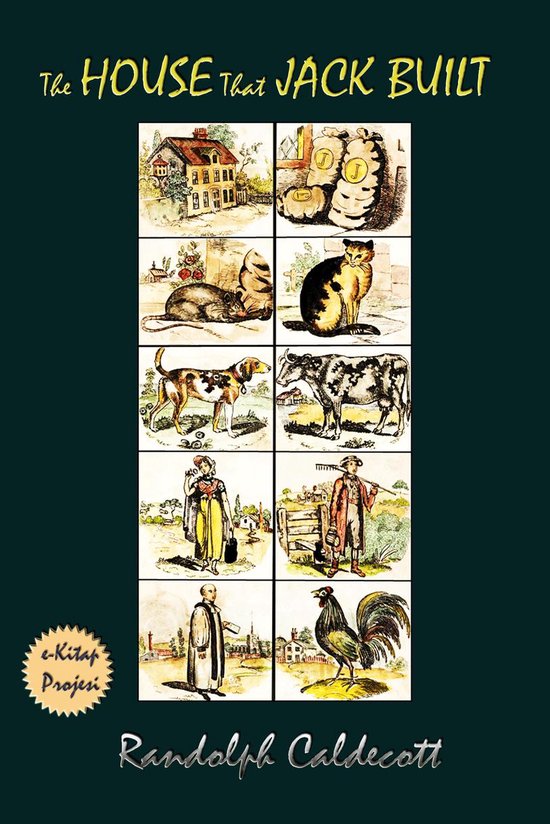 It is a cumulative tale that does not tell the story of Jack's house, or even of Jack who built the house, but instead shows how the house is indirectly linked to other things and people, and through this method tells the story of ''The man all tattered and torn'', and the ''Maiden all forlorn'', as well as other smaller events, showing how these are interlinked.

It has been argued that the rhyme is derived from an Aramaic hymn Chad Gadya (lit., ''One Young Goat'') in Sepher Haggadah, first printed in 1590; but although this is an early cumulative tale that may have inspired the form, the lyrics bear little relationship.

It was suggested by James Orchard Halliwell that the reference to the ''priest all shaven and shorn'' indicates that the English version is probably very old, presumably as far back as the mid-sixteenth century. There is a possible reference to the song in The Boston New Letter of 12 April 1739 and the line:


''This is the man all forlorn, &c''. However, it did not appear in print until it was included in Nurse Truelove's New-Year's-Gift, or the Book of Books for Children, printed in London in 1755. It was printed in numerous collections in the late eighteenth and early nineteenth centuries. Randolph Caldecott produced an illustrated version in 1878.

Cherrington Manor, a handsome timber-framed house in North East Shropshire, England, is reputed to be the actual house that Jack built. There is a former malt house in the grounds.

Each sentence in the story is an example of an increasingly deeply nested relative clause. The last version, ''This is the horse...'', would be quite difficult to untangle if the previous ones were not present. See the Noun Phrase for more details about postmodification of the noun phrase in this manner.


The rhyme continues to be a popular choice for illustrated children's books, with recent examples by Simms Taback and Quentin Blake showing how illustrators can introduce a fresh angle and humour into a familiar tale. The popularity of the rhyme can be seen in its use in a variety of other cultural contexts..