The Hueys in It Wasn't Me The Hueys, Book 2 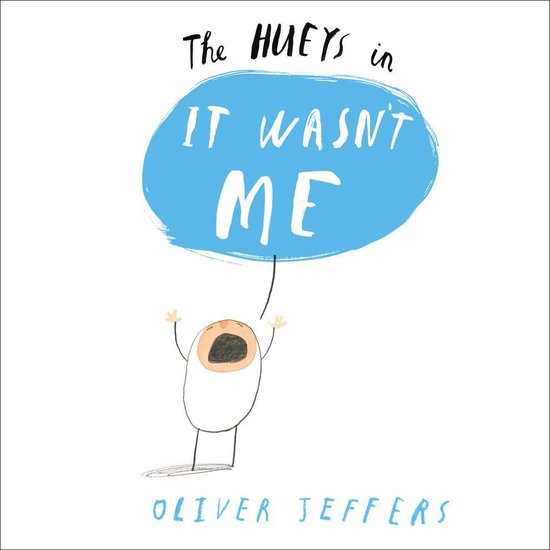 What's all the arguing about? There are plenty of Hueys to go around in this hilarious story from the #1 bestselling illustrator of The Day the Crayons Quit!

The Hueys are back! Oliver Jeffers' jelly bean-shaped creatures may look the same, think the same, and even do the same things, but that doesn't mean they always agree. The only problem is, they can't seem to agree on what they disagreed on in the first place! Which ultimately leads to an even bigger disagreement! Confused? Well, so are the Hueys. Which only adds to the fun and hilarity.

Anyone who has ever had to referee an argument among siblings or friends will appreciate the absurdity Oliver Jeffers reveals in the every-day trials of getting along.

Oliver Jeffers is the New York Times bestselling author/illustrator of Stuck, The Incredible Book-Eating Boy, This Moose Belongs to Me, Lost and Found, How to Catch a Star, The Heart in the Bottle (which is also a highly-acclaimed iPad app narrated by Helena Bonham Carter) and many more. He is also the ilustrator of the mega-selling The Day the Crayons Quit, written by Drew Daywalt. His books have won numerous awards, including the Nestlé Children's Book Prize Gold Award, the Blue Peter Book of the Year, and the Irish Book Awards Children's Book of the Year.
Toon meer Toon minder