The Idea of the Digital University Ancient Traditions, Disruptive Technologies and the Battle for the Soul of Higher Education 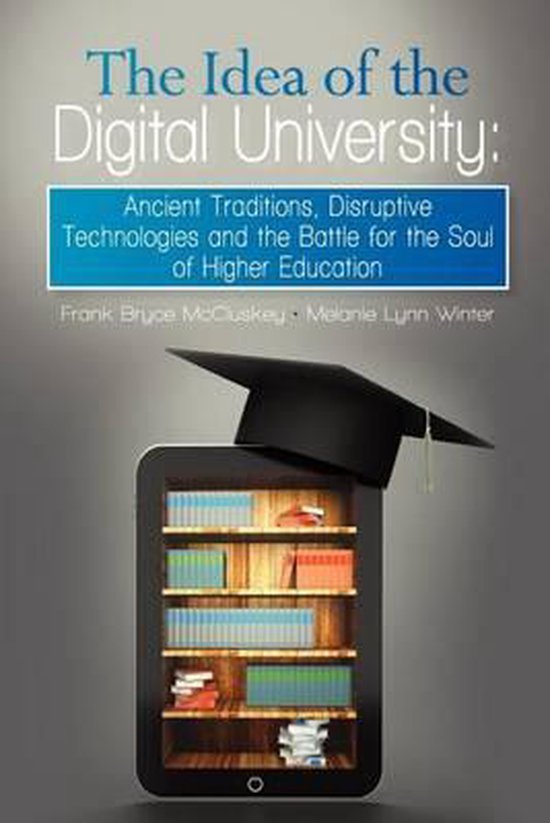 There has been growing talk about the "crisis" in higher education. Politicians are calling for major overhauls of both public and private colleges. Tuition is still outpacing inflation even in the face of a tsunami of bad press. The public is rapidly losing confidence in the ability of higher education to provide the tools today's students require. There has been a flood of books in response to these criticisms from both the left and the right. Authors from inside and outside of the academy have offered their diagnosis. In The Idea of the Digital University, the authors argue that the forces that have brought about these changes are the very tools we need to solve them. They show how the university has to adapt to the digital age while keeping what is most essential to its mission. In 1852 John Cardinal Newman wrote The Idea of the University which has been required reading ever since. This book begins with the issues that he dealt with and updates the discussion for the digital age. Employing history, philosophy and survey data, the authors show the impact that digital technologies have had on higher education. By going back to the works of such thinkers as Aristotle, Kant and Newman, the authors show how the essence of the university can not only survive but also thrive in the new digital age. If colleges create, store and share information does it not make sense that the digital revolution (which changes the way we create, store and share information) would shake the university to its very foundation? The authors, who have together spent more than seventy years in higher education, give us a blueprint for what can be saved and what needs to change. Controversial, polemical and expansive this roadmap for the future will be sure to make a good read for those interested in the future of higher education. From Kirkus Review: A sweeping study of the university structure, emphasizing how higher education must evolve in a digital era. The mass adoption of online technology has pervaded every manner of business; universities are no different. In fact, as McCluskey and Winter suggest in this probing work, "the digital revolution is changing the very DNA of higher education." Still, "the university has come late to the digital revolution," and the authors explore the reasons why. In text that's both interesting to read and carefully researched, McCluskey and Winter discuss the role and structure of the university in general, lending a historical perspective while continuously drawing comparisons and contrasts between the traditional and digital university. The authors address in detail the most obvious evidence of online influence-the growth of online courses-but they pay equal attention to broader implications: the opening up of new avenues for library research, the shift away from paper-based student records and the fundamental change in the way professors teach students. The authors often return to the notion that "Big Data will impact how the university sees its students and their learning." McCluskey and Winter cite Target, the retail chain, as being exemplary in its use of customer data, and they directly relate those efforts to the ways in which universities will have to use "Big Data" in the future "to see where education is succeeding and where we have work to do." The authors also raise the issue of nonprofit versus for-profit universities, the latter having expanded largely because of online course offerings. Rather than take a position in favor or against for-profits, however, the authors diplomatically discuss some of the ways the nonprofit and for-profit institutions could learn from each other. Finally, the authors offer their own perceptive assessment on what the digital university might someday look like, postulating about dashboards, data warehouses and digital report cards. Comprehensive, insightful and visionary.
Toon meer Toon minder