The Ideal of the Monastic Life Found in the Apostolic Age 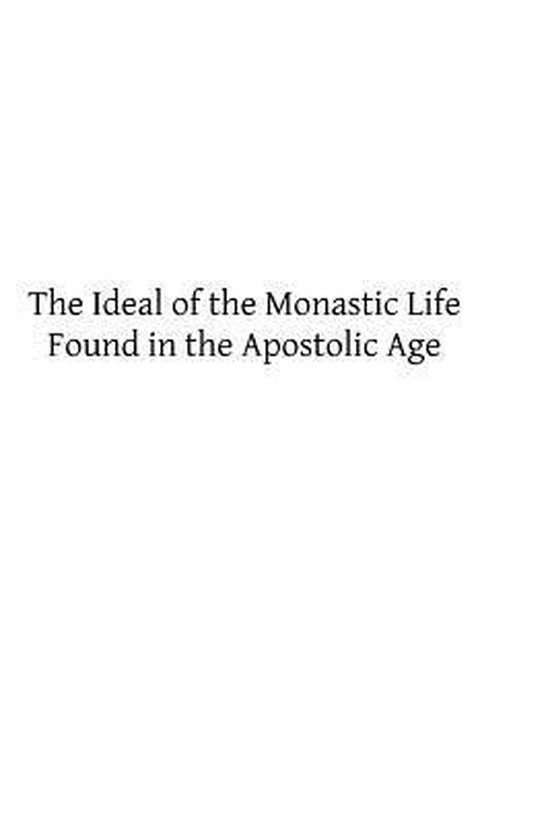 About twenty years ago a certain Benedictine Abbot suddenly ordered one of his monks, still young and inexperienced, to deliver before an important community the conferences usual in the course of the annual Retreat. As this Retreat coincided with the week of Pentecost, the monk thought that he could not do better than dmTIonstrate, from the manner of life of the primitive Christians immediately after the descent of the Spirit, the origin and model of the life that should be led by monks. So he took for his text the verses from the Acts of the Apostles ii. 37-46, not commenting upon the whole passage in order, but confining himself to the principal features which referred to his subject.The notes which he made for these conferences were for a long time forgotten, unless occasionally one of his brethren used them for giving spiritual exercises in his turn.Certainly, if the author had followed his own feeling, they would never have been used at all. But lately he has been obliged to consent that the substance of them should be published in a little review, called the Messenger of Saint Benedict, and this first publication, although fragmentary and lllixed up here and there with sketches on different subjects, has aroused in a certain number of people a strong desire to see the whole collected and brought out in its original form. After having resisted as long as he possibly could, the author at last gave way, thinking that it was his duty to put aside his personal disinclination for the sake of the spiritual advantage of his neighbour, which, he was told, rightly or wrongly, was concerned in this publication.Naturally, certain details have been eliminated which belonged to the particular conditions of the audience for whom these pages were prepared. But, on the other hand, the references of most of the texts and quotations have been added in notes. Of most of them only; for there are some which come from purely oral instruction-from Dom Gueranger, for example; from Maurus Wolter, and other great monks of our time. The author has no longer within his reach the works from which he borrowed two or three other quotations without always noting accurately the place whence they were taken. The reader must be so good as to trust him on this point, and believe that everything that he attributes to an author is really by that author. Having made the search for and worship of the truth the principal business of his life, he would never allow himself to deceive in this matter, even with a view to edification.Neither must it be forgotten that these pages were written long ago, and many points would have required completion. Perhaps, on the other hand, certain pages would not appear, if they had been written more recently. After all, there will not be nluch cause to complain of that. Origen says, in his eighteenth Homily on Exodus, that the preacher of the Gospel should have that enthusiasm and youthfulness of soul attributed to Judah in the "Blessings of the Patriarchs"- Oculi ejus rubri a vino.No coldness, no feebleness, no colourlessness in his language; but a kind of holy inebriation, something that rejoices the friends of God and heals the wounds of the soul.Happy are they who have received this gift of spiritual youth, and the power of communicating it! Happy, above all, are they, and much more rare, who have known how to preserve and cherish it, even to old age.
Toon meer Toon minder