The Illustrated Book of Songs

From rockers to ravers, The Illustrated Book of Songs is the book every music lover will want. In quick-witted style, Irish writer Colm Boyd navigates us through lists of classic songs for every occasion. Prepare yourself for fascinating facts, cool illustrations and withering commentary on songs presented in lists such as: Songs about Getting Dumped Songs about Prostitution Songs about Environmental Matters Songs about Being a Complete and Utter Asshole Songs about Gender Identity Alternative Christmas Songs The Illustrated Book of Songs features 70 lists, discussing hundreds of songs from different genres and artists - from Adele to Aretha, Jagger to Jarvis, Rufus to Rosalia. Many of the songs are well-known, others are a little more off-radar. Some have amazing musicality, some have lyrics - quite literally - worthy of a Nobel Prize. Some deal with death, others deal with zebras, one song deals with prostitute-frequenting chess players in Bangkok. You get the idea. Each of the book's lists is accompanied by a scannable Spotify code, allowing readers to use their smartphones to directly access the songs mentioned. So, time to get reading and get listening. Check out the book's website for more information: colmboyd.com/the-illustrated-book-of-songs.
Toon meer Toon minder 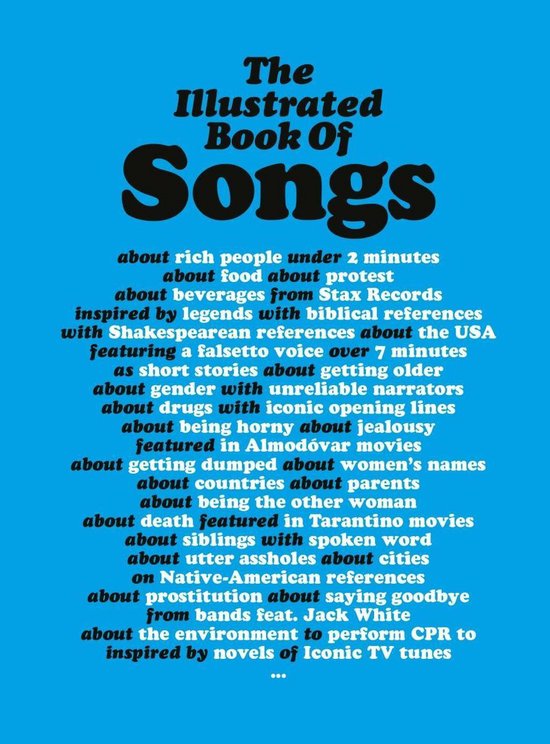