The Improving State of the World Why We're Living Longer, Healthier, More Comfortable Lives on a Clean Planet 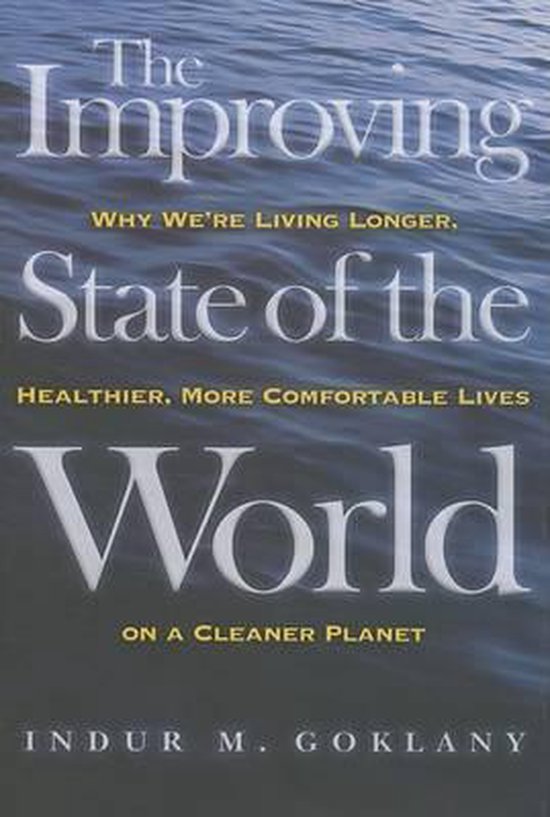 Many people believe that globalization and its key components have made matters worse for humanity and the environment. Indur M. Goklany exposes this as a complete myth and challenges people to consider how much worse the world would be without them. Goklany confronts foes of globalization and demonstrates that economic growth, technological change and free trade helped to power a cycle of progress that in the last two centuries enabled unprecedented improvements in every objective measurement of human well-being. His analysis is accompanied by an extensive range of charts, historical data, and statistics. The Improving State of the World represents an important contribution to the environment versus development debate and collects in one volume for the first time the long-term trends in a broad array of the most significant indicators of human and environmental well-being, and their dependence on economic development and technological change. While noting that the record is more complicated on the environmental front, the author shows how innovation, increased affluence and key institutions have combined to address environmental degradation. The author notes that the early stages of development can indeed cause environmental problems, but additional development creates greater wealth allowing societies to create and afford cleaner technologies. Development becomes the solution rather than the problem. He maintains that restricting globalization would therefore hamper further progress in improving human and environmental well-being, and surmounting future environmental or natural resource limits to growth. **Key points from the book** * The rates at which hunger and malnutrition have been decreasing in India since 1950 and in China since 1961 are striking. By 2002 China's food supply had gone up 80%, and India's increased by 50%. Overall, these types of increases in the food supply have reduced chronic undernourishment in developing countries from 37 to 17%, despite an overall 83% growth in their populations. * Economic freedom has increased in 102 of the 113 countries for which data is available for both 1990 and 2000. * Disability in the older population of such developed countries as the U.S., Canada, France, are in decline. In the U.S. for example, the disability rate dropped 1.3 % each year between 1982 and 1994 for persons aged 65 and over. * Between 1970 and the early 2000s, the global illiteracy rated dropped from 46 to 18 percent. * Much of the improvements in the United States for the air and water quality indicators preceded the enactment of stringent national environmental laws as the Clean Air Act of 1970, Clean Water Act of 1972, and the Safe Drinking Water Act of 1974. * Between 1897-1902 and 1992-1994, the U.S. retail prices of flour, bacon and potatoes relative to per capita income, dropped by 92, 85, and 82 percent respectively. And, the real global price of food commodities has declined 75% since 1950.
Toon meer Toon minder

Originele Titel
The Improving State of the World: Why We're Living Longer, Healthier, More Comfortable Lives on a Cleaner Planet