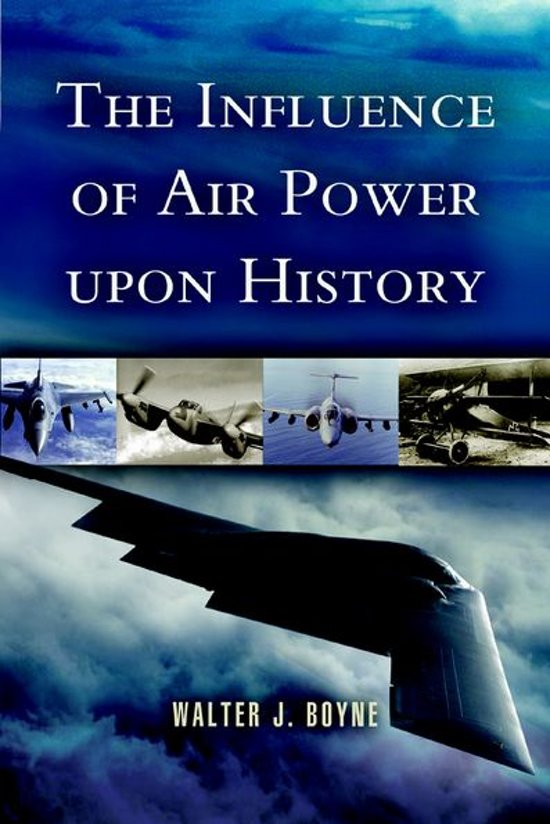 The Influence of Air Power upon History makes a startlingly new analysis of the far-reaching implications flight has had on warfare, politics, diplomacy, technology and mass culture. Author Walter Boyne examines the application of air power from the very earliest days of the balloon down to the current era of space warfare and postulates some new and controversial theories that are certain to arouse comment. The author unerringly depicts the contributions made by the people and planes of each era, some of them famous, some virtually unknown, but all vitally important. He highlights the critical competence of individuals at every step of the way, comparing the works of Guilio Douhet, William Mitchell, John Warden, and others philosophically, even as he compares the combat capabilities of leaders such as Hugh Trenchard, Bomber Harris, Herman Goering, Curtis LeMay, and Henry ''Hap'' Arnold. Aircraft, their weapons, and their employment are given equal treatment. Boyne's views on World War II bombings and air power in the Vietnam War will please many readers--and perhaps shock many others.