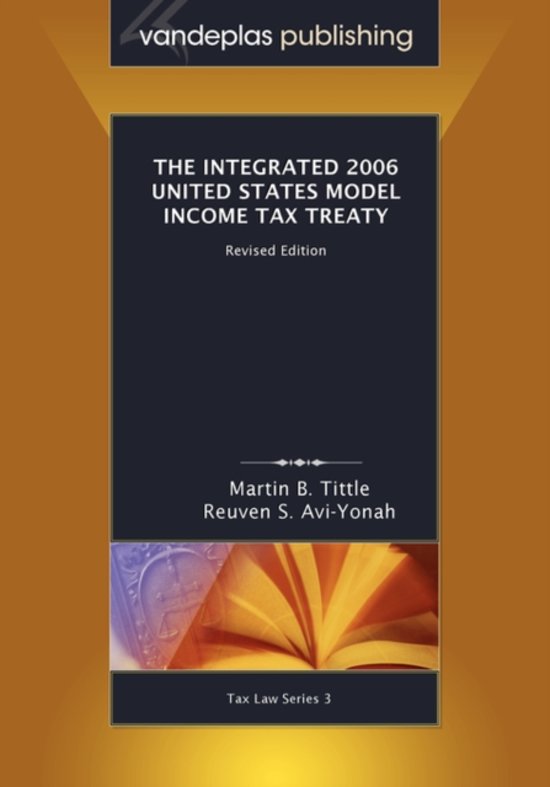 In November 2006, the United States Treasury released its long-awaited new model income tax treaty. Unfortunately, the differences between the 2006 Model and the 1996 Model it replaced can be difficult to document. The Tax Section of the New York State Bar Association (NYSBA) even went so far as to say that " i]t is not possible to understand what is new except by a painful side-by-side comparison of the two model treaties and the respective technical explanations . . ." The authors address that concern by presenting an integrated copy of the 2006 and 1996 treaties alongside unaltered versions of the two models. Also included, for comparative purposes, is an integrated copy of the 2006 Model and the 2005 OCED model tax treaty. Each article is preceded by highlights of the changes presented, and an appendix provides easy access to the U.S. technical explanation of the 2006 Model and the reports of the Joint Committee on Taxation and the NYSBA. About the authors: Martin B. Tittle is an international tax attorney who practices in Washington, D.C. and Ann Arbor, Michigan. Reuven S. Avi-Yonah is the Irwin I. Cohn Professor of Law at the University of Michigan Law School and director of the school's International Tax LL.M. Program.
Toon meer Toon minder