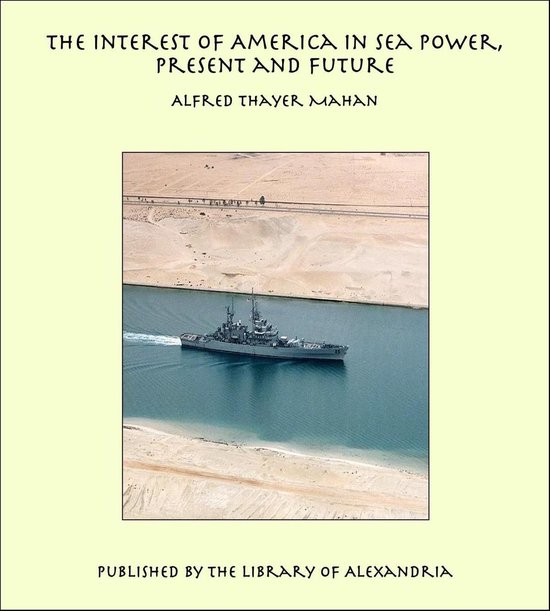 THE UNITED STATES LOOKING OUTWARD. August, 1890. Indications are not wanting of an approaching change in the thoughts and policy of Americans as to their relations with the world outside their own borders. For the past quarter of a century, the predominant idea, which has asserted itself successfully at the polls and shaped the course of the government, has been to preserve the home market for the home industries. The employer and the workman alike have been taught to look at the various economical measures proposed from this point of view, to regard with hostility any step favoring the intrusion of the foreign producer upon their own domain, and rather to demand increasingly rigorous measures of exclusion than to acquiesce in any loosening of the chain that binds the consumer to them. The inevitable consequence has followed, as in all cases when the mind or the eye is exclusively fixed in one direction, that the danger of loss or the prospect of advantage in another quarter has been overlooked; and although the abounding resources of the country have maintained the exports at a high figure, this flattering result has been due more to the superabundant bounty of Nature than to the demand of other nations for our protected manufactures. For nearly the lifetime of a generation, therefore, American industries have been thus protected, until the practice has assumed the force of a tradition, and is clothed in the mail of conservatism. In their mutual relations, these industries resemble the activities of a modern ironclad that has heavy armor, but inferior engines and guns; mighty for defence, weak for offence. Within, the home market is secured; but outside, beyond the broad seas, there are the markets of the world, that can be entered and controlled only by a vigorous contest, to which the habit of trusting to protection by statute does not conduce. At bottom, however, the temperament of the American people is essentially alien to such a sluggish attitude. Independently of all bias for or against protection, it is safe to predict that, when the opportunities for gain abroad are understood, the course of American enterprise will cleave a channel by which to reach them. Viewed broadly, it is a most welcome as well as significant fact that a prominent and influential advocate of protection, a leader of the party committed to its support, a keen reader of the signs of the times and of the drift of opinion, has identified himself with a line of policy which looks to nothing less than such modifications of the tariff as may expand the commerce of the United States to all quarters of the globe. Men of all parties can unite on the words of Mr. Blaine, as reported in a recent speech: ''It is not an ambitious destiny for so great a country as ours to manufacture only what we can consume, or produce only what we can eat.'' In face of this utterance of so shrewd and able a public man, even the extreme character of the recent tariff legislation seems but a sign of the coming change, and brings to mind that famous Continental System, of which our own is the analogue, to support which Napoleon added legion to legion and enterprise to enterprise, till the fabric of the Empire itself crashed beneath the weight. The interesting and significant feature of this changing attitude is the turning of the eyes outward, instead of inward only, to seek the welfare of the country. To affirm the importance of distant markets, and the relation to them of our own immense powers of production, implies logically the recognition of the link that joins the products and the markets,—that is, the carrying trade; the three together constituting that chain of maritime power to which Great Britain owes her wealth and greatness. Further, is it too much to say that, as two of these links, the shipping and the markets, are exterior to our own borders, the acknowledgment of them carries with it a view of the relations of the United States to the world radically distinct from the simple idea of self-sufficingness? We shall not follow far this line of thought before there will dawn the realization of America's unique position, facing the older worlds of the East and West, her shores washed by the oceans which touch the one or the other, but which are common to her alone