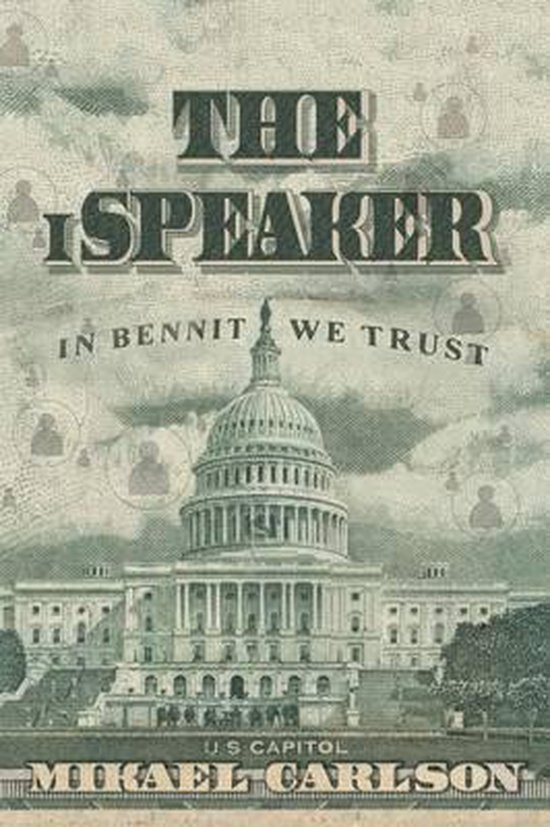 The Fight Against the Powerful Political Elite Rages On
From award-winning author Mikael Carlson, the third book in the critically acclaimed Michael Bennit series of political dramas that will change how you view politics this election year.

THE iSPEAKER is the third novel in the Michael Bennit series. If you enjoy intelligent storytelling with believable characters you can identify with, then you'll love this frantic rush to change politics in America forever in this book you won't be able to put down.

Join the legion of readers who've fallen in love with Michael Bennit and his students by reading the first two novels in the series and getting your copy of THE iSPEAKER today
"People's opinions don't matter because it's money that controls Congress, not voter will."


Some people will kill to keep their power, and one man just has. The aftermath of the shooting on the steps of the Capitol has the nation on edge, and Michael Bennit and his staff are forced to deal with the trauma as they move into the beginning of the new Congress. Now a martyr in the cause of reform, he has become the influential national figure that the political parties and the president-elect have long feared.

With the elites in Washington terrified of the change the independents in the House of Representatives bring, lobbyist James Reed must scramble to find a way to maintain his stranglehold on the political process. As Bennit's old enemies defect to become his new political allies at an alarming rate, he realizes the one-time unknown social media candidate could do the unimaginable become the Speaker of the House and third in line for the presidency.

As the media swarms and tempers flare in Congress, journalist Kylie Roberts begins a quest of her own to find the man behind the shooting and bring him down. With the help of the mysterious Terry Nyguen, she will leave no stone unturned in search for the truth, but will the nation, now brimming with fresh optimism, be prepared for where that path leads? Will any of them be ready for the ultimate betrayal?

The third book in The Michael Bennit Series, The iSpeaker follows the plight of four people caught in the crossfire of the money-based political system and the will of the American people. Together with his former students, Bennit will embark on an ambitious mission to organize citizens to reclaim their government, but is the allure of money in politics too great for any politician to resist?

Intelligent and Refreshing Reads For All Ages

The stories are written from the first person perspectives of four characters, giving the reader a much richer personal connection to the heroes and villains in the books.

The Michael Bennit Series books are more than just another political novels. Although the books are set against the backdrop of a politics, the themes they explore the about social media and society, education in America, and how we react to a pervasive media culture are important to learn about and discuss.

A Glimpse Into the Future Social media is everywhere today

It is a powerful tool, but are we too trusting of it? This must read series of books examines that question in a fun and entertaining way.

The Michael Bennit Series in order:

For updates on Mikael Carlson's new releases, sign up for his newsletter at mikaelcarlson.com.
"
Toon meer Toon minder