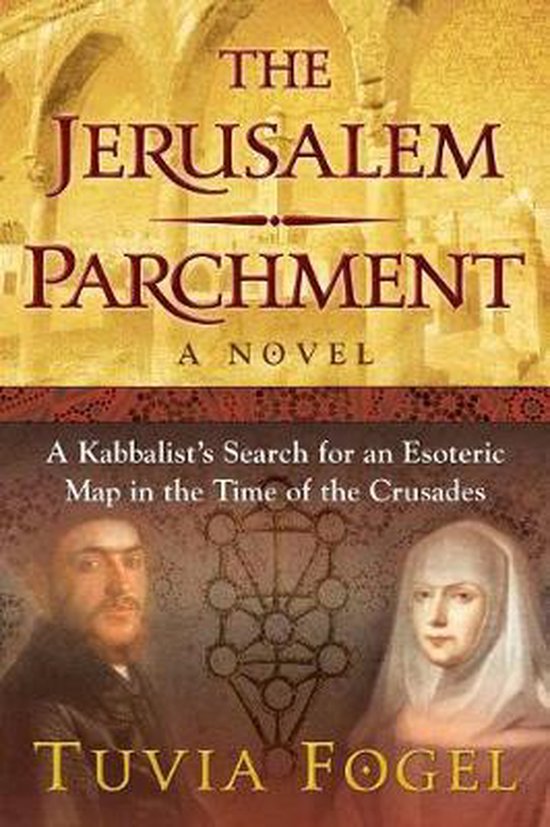 A Novel of forbidden love and religious war in the quest to find the mysterious Parchment of Circles * Centers on the search for the Parchment of Circles, an ancient map said to lead to mystical wisdom that challenges the story of Christ's resurrection, validates the Cathar faith, and serves as the Templars' blackmail against the Church * Includes a complex cast of characters including a rabbi and nun who fall in love, St. Francis of Assisi, Knights Templar, the Pope, and the Sultan of Egypt Set in the 13th century, this sweeping historical novel opens on the island of Torcello, outside Venice, in 1219, after the Crusaders have lost possession of Jerusalem. Yehezkel, a young yet revered kabbalist and student of Maimonides, is on the island for a secret meeting of rabbis. He is chosen to travel to Jerusalem to seek definitive proof of the Talmud's antiquity, a search that grows to include the hunt for the mysterious Parchment of Circles. This ancient map could not only help Yehezkel's quest, but also lead to explosive evidence about Christ's resurrection that would destroy the Roman Church. Before leaving the island, Yehezkel rescues a young Cistercian abbess from drowning in the Venetian Lagoon. Galatea, the beautiful nun, has been plagued by mystic visions and prophetic dreams throughout her life, leading her to become a devotee of Hildegard von Bingen. Driven by premonitions of an enigma in Jerusalem, she abandons her monastic life and the orthodoxy of the Church and joins Yehezkel on his pilgrimage. On the way to Jerusalem, after being shipwrecked on Crete, the two meet St. Francis of Assisi in Cyprus and join him across the lines of the Fifth Crusade in his attempt to convert the Sultan of Egypt. Over the year-long trip, they also fall in love. But the rabbi and the nun are not the only ones seeking the Parchment of Circles: The Pope sends his agents in search of it, and the Knights Templar are also in pursuit of the Parchment, for the ancient map serves as the Templars' blackmail against the Church. What none of these deadly adversaries know is that the Parchment leads to an even more startling secret with profound religious significance for the future of humanity. It's not a question of who finds it first, but who survives to unlock the Parchment's secrets.
Toon meer Toon minder