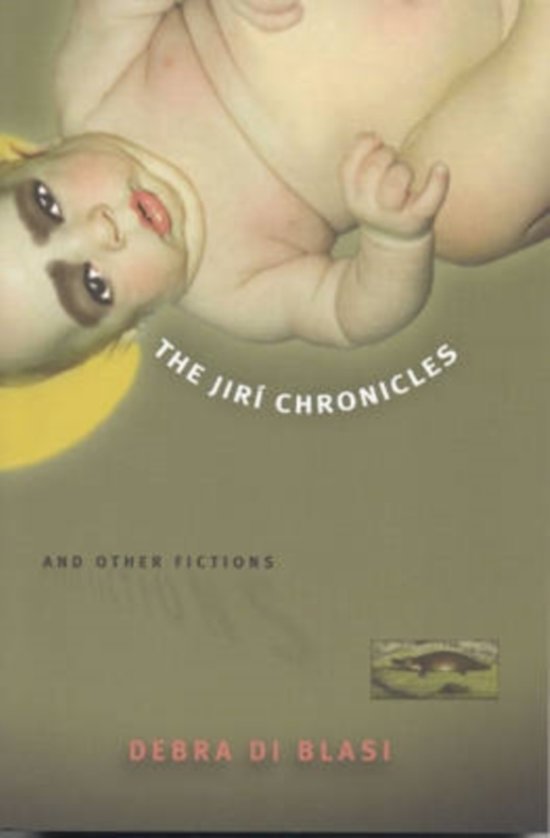 These audacious stories shine with artistic nuance and fearless emotional intensity. Tragic, lyrical, hilarious, and politically controversial, they exist in a world where fact is as strange as fiction, and fiction is often disguised as fact. The Jiri Chronicles & Other Fictions is divided into three sections, each a unique literary experiment. In Snapshots: A Genealogy in Flight, Debra Di Blasi draws inspiration from real family photographs to create a haunting portrait of successive generations of a fictionalized Midwest family. Hyperfictions features writing that is interactive and nonlinear, dissolving borders between poetry and prose, visual art and music. At the work's comic center is an invention that transgresses the boundaries of fiction and fraud. Just who is Jiri Cech? A businessman, vampire, and artist from the former Czechoslovakia? A website? A hoax? An American con artist whose racism and sexism, although loathsome, only heighten his allure? Or something greater or smaller than the sum of these parts? This astonishing collection challenges the stylistic and thematic boundaries of traditional literature, questioning what it means to be human - and awake - in the post-millenium.
Toon meer Toon minder

The Jiri Chronicles & Other Fictions is chaotic, brilliant and, like Jiri Cech himself, possibly quite mad. With frenetic energy, Di Blasi mixes personal narrative with ad copy, traditional fiction with newspaper clippings, email messages, reportage, collage, and scholarship. The resulting concoction is consistently surprising, challenging, invigorating, and, most surprisingly of all, often deeply moving. Di Blasi has a mind unlike anyone else writing fiction today, and this is her finest work yet. - editor of Pleiades. A Journal of New Writing In clear, resonant prose, laced with bittersweet humor, Di Blasi imparts her understanding of love's multiple ironies. - New York Times Book Review Both Di Blasi's style and her objective distance and comprehension of her chosen subject mark her as a very psychologically driven, very talented writer. - Publishers Weekly
Toon meer Toon minder