The Land of Love, Art and Genius Master Artists of India 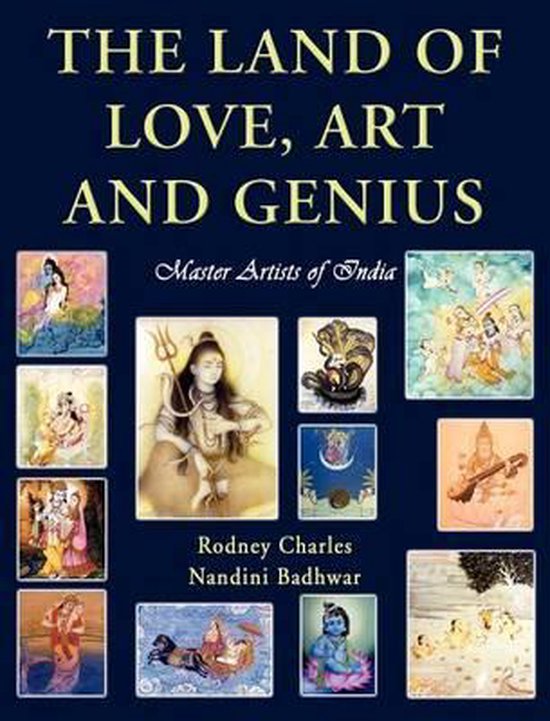 Bonus offer: Free ebook ...and talk to the authors. Over 110 color images. The origin of Vedic painting is as old as time itself. In the earliest writings of ancient Indian civilization, 7000 years ago, we find records of the practice of Vedic painting. Vedic painting requires that the artists devote themselves fully in expressing their individuality within the guidelines of specific cognitions inspired by ancient sages and kept alive through an oral tradition within the family lineage. Today there are only a handful of artists throughout India who still strive for so exalted a vision of perfection, avoiding the more lucrative path of commercialism. Few living have witnessed the great treasures of India. In modern times, her majesty has become obscured even to her native sons and daughters. Although in her long and varied history she has known more golden ages than any country of our earth, poor journalism and modern media have fooled us into believing that India is a broken, impudent country characterized by poverty, starvation, and corruption. This is true in part, but by looking between the cracks, it is impossible to miss the fundamental footprints of Indian majesty. They lay just beneath the surface squalor of it's daily life and reveal a heritage of infinite complexity and sophistication. In her past, India's character has been shaped by such abundance and freedom that all the great leaders and conquerors of history have marveled at her material wealth and metaphysical wisdom. During the early 1990s Nandini Badhwar and Rodney Charles traveled throughout India, navigating a course bound to understand the principles of the world oldest painting techniques. In the end, they barely scratched the surface of an ancient school of art that is as fundamentally transcendent as the human soul. This modest presentation is as much a memoir for the authors as it is an introduction to a greatly under-investigated goldmine of human culture and development. The authors are happily married and love to walk and ride their bikes in the Iowa countryside. "India is the cradle of the human race, the birthplace of human speech, the mother of history, the grandmother of legend, and the great grandmother of tradition. Our most valuable and most instructive materials in the history of man are treasured up in India only." Mark Twain "India conquered and dominated China culturally for twenty centuries without ever having to send a single soldier across her border." Hu Shih Ambassador of China to USA "If there is one place on the face of the earth where all the dreams of living men have found a home from the very earliest days when man began the dream of existence, it is India." Romain Roland "We owe a lot to the Indians, who taught us how to count, without which no worthwhile scientific discovery could have been made." Albert Einstein
Toon meer Toon minder