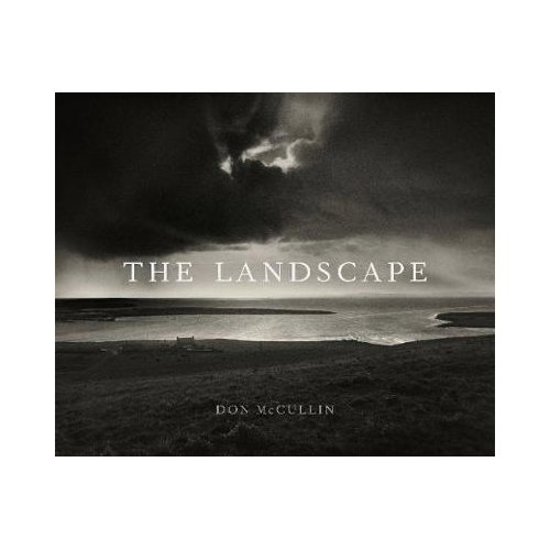 'The veteran war photographer [Don McCullin] has turned his lens to more peaceful scenes... for his latest book, The Landscape. The images carry a dramatic feel and a preference for stormy skies that reveal an intimacy with conflict and destruction.' Guardian After a career spanning sixty years, Sir Don McCullin, once a witness to conflict across the globe, has become one of the great landscape photographers of our time. McCullin's pastoral view is far from idyllic. Though the woods and stream close to his house in Somerset have offered some respite, he has not sought out the quiet corners of rural England. He is drawn, instead, to the drama of approaching storms. He has an acute sense of how the emptiness of his immediate landscape echoes a wider tone of disquiet. McCullin is based in the geographical centre of southern England. The presence of sacred mounds, hill forts, ancient roads and the nearby monuments of the prehistoric era have shaped his sense of nationhood. But down on the Somerset Levels, he has tramped through the flooded lowlands. The imagery of his home county, ravaged by storms, inevitably projects the associations of a battlefield, or, at least, the views of one intimate with scenes of war. He is not alone in his preference for darkened clouds over clear skies. McCullin's West Country is not far removed from the East Anglia of Constable's Dedham Vale two centuries earlier. His knowledge of his historical predecessors places him deep in a Romantic tradition. His experience as a traveller reinforces the sense of a man on the edge of civilisation under siege. Nowhere is this more apparent than in his repeated views of the glories of Palmyra and of the destruction of this ancient Syrian city. The Landscape is the last in a long series of books published by Jonathan Cape, which encompasses the entirety of McCullin's working life.
Toon meer Toon minder

Wherever they are shot, McCullin's landscapes - handsomely reproduced on these pages - share an inky dark magnificence, and an unsettling sense of menace. * RPS Journal * [The Landscape] comes as a timely reminder of the photographer's darkness of touch... the large-scale pictures take the reader with McCullin on a landscape journey both at home and abroad. * Outdoor Photography * The veteran war photographer [Don McCullin] has turned his lens to more peaceful scenes... for his latest book, The Landscape. The images carry a dramatic feel and a preference for stormy skies that reveal an intimacy with conflict and destruction. * Guardian * Don McCullin's spot in the pantheon of great photographers was assured decades ago, yet he still produces images that stop a dead person in their tracks. This new collection mixes recent with past work, showing how no one has ever been able to accuse McCullin of wielding a frivolous camera. * Strong Words * McCullin... succeeds in making the art of composition seem effortless on page after page. -- Roger Cox * The Scotsman *
Toon meer Toon minder