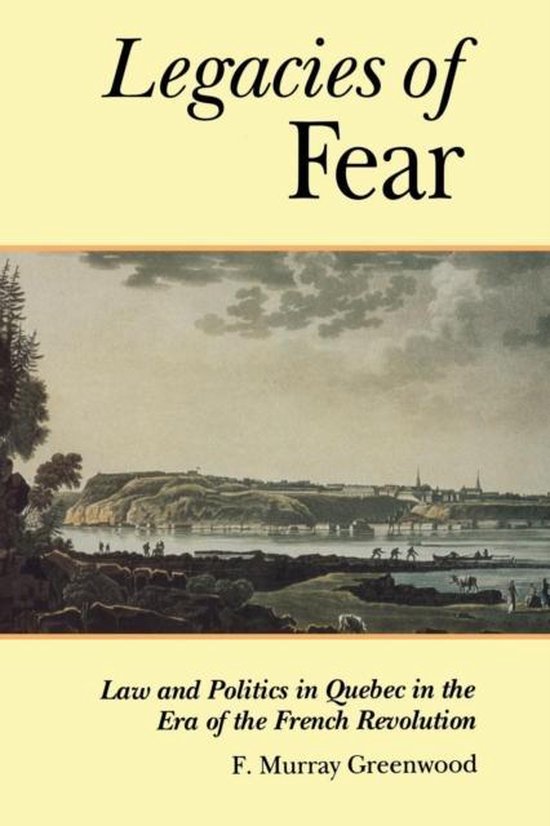 Many people assume that a French-English cleavage has always existed and historians have been uncertain as to just how it unfolded. This book provides the answer. Greenwood re-creates a Quebec in which trust between French and English Canadians was an early casualty of the execution of Louis XVI and the descent of the French Revolution through terror into war. Fearing invasion, the English community, through the law officers of the crown, drafted draconian legislation and established an efficient counter-intelligence service. Lower Canada in these years was a hotbed of spies and counter-intelligence, highlighted by the trial for high treason of an American undercover agent for revolutionary France. Placing the legal history of Quebec in the foreground of these dangerous and dramatic events, Greenwood reveals this period as a turning point that altered not only French-English relations but Canada's legal and constitutional inheritance.While the focus is on legal and political history, the narrative also details intellectual, military, social, and economic developments. The author pursues many dynamic themes of the period including the riots among working people in the 1790s; the differences in judicial behaviour when security matters were at stake; the setting up of the first formal counter-intelligence service, and issues related to the suspension of habeas corpus.Murray Greenwood is one of Canada's finest legal historians. In this work his wide perspective, supported by extensive documentation, brings new evidence and insight to a formative and somewhat neglected period in Canada's history.
Toon meer Toon minder