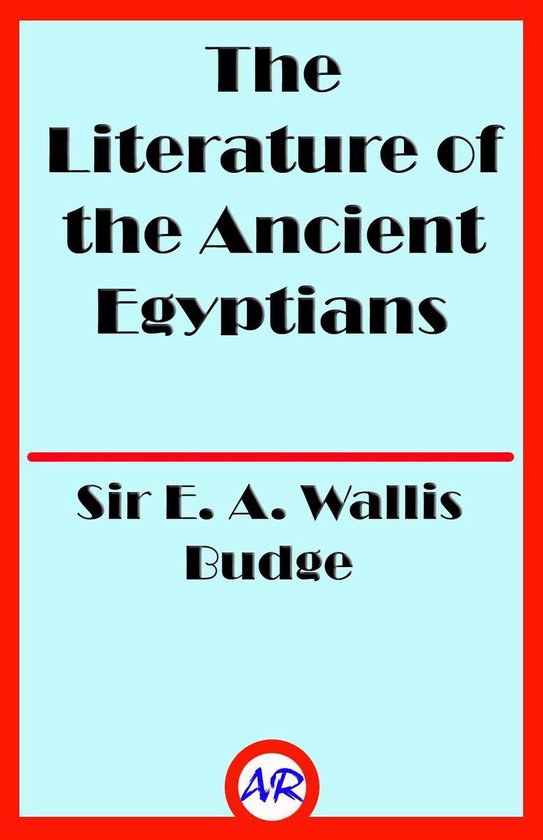 This little book is intended to serve as an elementary introduction to the study of Egyptian Literature. Its object is to present a short series of specimens of Egyptian compositions, which represent all the great periods of literary activity in Egypt under the Pharaohs, to all who are interested in the study of the mental development of ancient nations. It is not addressed to the Egyptological specialist, to whom, as a matter of course, its contents are well known, and therefore its pages are not loaded with elaborate notes and copious references. It represents, I believe, the first attempt made to place before the public a summary of the principal contents of Egyptian Literature in a handy and popular form.


The specimens of native Egyptian Literature printed herein are taken from tombs, papyri, stelæ, and other monuments, and, with few exceptions, each specimen is complete in itself. Translations of most of the texts have appeared in learned works written by Egyptologists in English, French, German, and Italian, but some appear in English for the first time. In every case I have collated my own translations with the texts, and, thanks to the accurate editions of texts which have appeared in recent years, it has been found possible to make many hitherto difficult passages clear. The translations are as literal as the difference between the Egyptian and English idioms will permit, but it has been necessary to insert particles and often to invert the order of the words in the original works in order to produce a connected meaning in English. The result of this has been in many cases to break up the short abrupt sentences in which the Egyptian author delighted, and which he used frequently with dramatic effect. Extraordinarily concise phrases have been paraphrased, but the meanings given to several unknown words often represent guess-work.