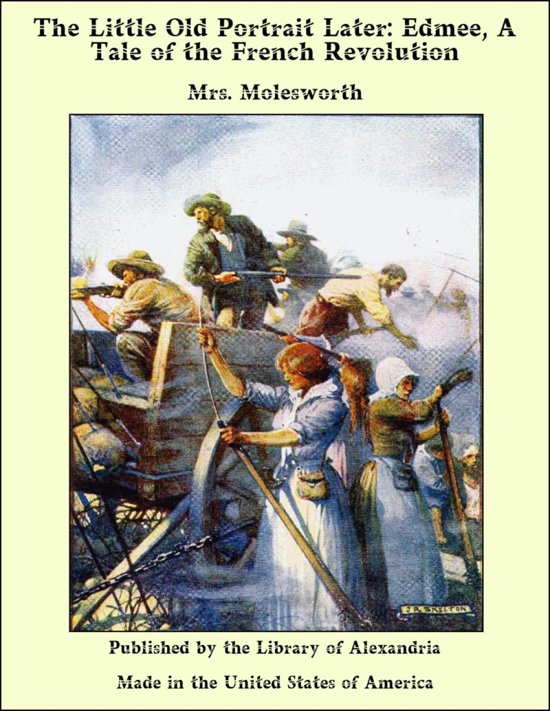 Nearly a hundred years ago this beautiful country of France, where I am now writing, was in a most sad and troubled state,—a state which we, whose lives have been passed in quiet and peaceful times, can scarcely picture to ourselves. For many, many years—hundreds of years—the causes which led to the terrible outbreak of the people against the ruling classes, known in history as "the Great French Revolution," had been slowly but surely growing and gathering till at last the storm broke all bounds, and the unhappy country was given over to the rage and fury of the mob. Yet, cruel as were the leaders of this revolt, frightful as were the deeds they committed, it is impossible, and it would be altogether unjust, to blame them and their followers alone. In national as in family quarrels, the adage of "faults on both sides" is almost always found to be true, and certainly the misdeeds which were at the bottom of this most terrible of quarrels were far more on the side of the upper classes than of the lower. For generations they had been growing more and more indifferent to the sufferings of those whom they should have protected and helped. They seemed to think that the poor and the humble only existed to be their slaves. They seemed to forget that those beneath them had hearts and feelings,—almost to forget that they were human beings. The beautiful teaching of Jesus Christ was trampled and cast underfoot, even by those who still called themselves His followers. The rich lived in the greatest luxury, squandering money which had been ground out of the sore toil and labour of the poor. And the poor hated and abhorred the rich, till at last all classes, alike but in one thing—that they listened only to their own evil passions, caring nothing for the voice of God in their consciences, till that voice, so long disregarded, grew silent, and the good angels of the unhappy country seemed to fly away in mournful despair—were plunged into a sea of horror and bloodshed.
Toon meer Toon minder