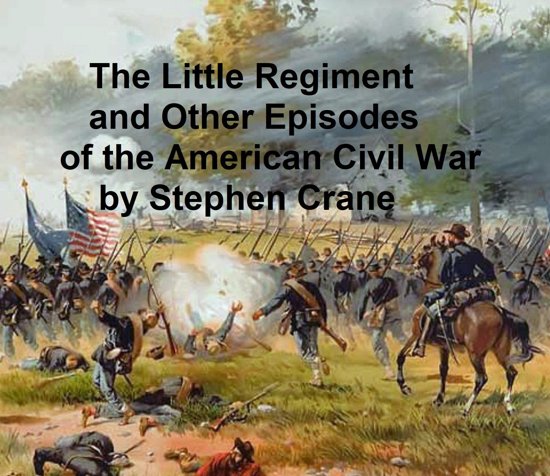 Stephen Crane (1871–1900) was active as a reporter around the world in addition to being an acclaimed novelist.
Alles van Stephen Crane

Short stories by the author of The Red Badge of Courage, including: The Littler Regiment, Three Miraculous Soldiers, A Mystery of Heroism, An Indiana Campaign, A Grey Sleeve, and The Veteran. According to Wikipedia: ''Stephen Crane (1871 1900) was an American novelist, short story writer, poet and journalist. Prolific throughout his short life, he wrote notable works in the Realist tradition as well as early examples of American Naturalism and Impressionism. He is recognized by modern critics as one of the most innovative writers of his generation. The eighth surviving child of highly devout parents, Crane was raised in several New Jersey towns and Port Jervis, New York. He began writing at an early age and had published several articles by the age of 16. Having little interest in university studies, he left school in 1891 and began work as a reporter and writer. Crane's first novel was the 1893 Bowery tale Maggie: A Girl of the Streets, which critics generally consider the first work of American literary Naturalism. He won international acclaim for his 1895 Civil War novel The Red Badge of Courage, which he wrote without any battle experience.''