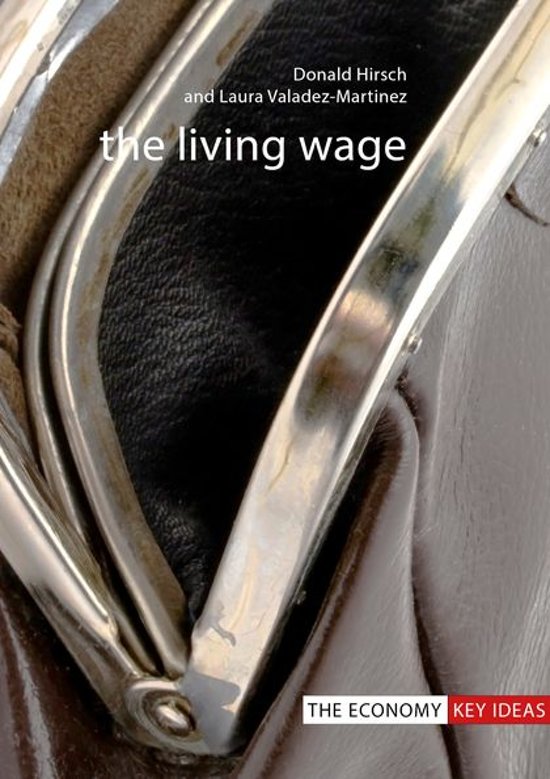 The ''living wage'' is an old idea that has experienced a dramatic resurgence of political popularity in recent years. The underlying logic of the concept is quite clear: it is a wage that provides workers with enough income to live on at some level considered adequate. However, in practice the term has become blurred with that of the ''minimum wage'' and in its implementation it has lacked a consistent meaning despite being widely used as a campaigning slogan. This short primer traces the origins of the concept of the living wage and seeks to explain the current rise in its fortunes as an economic instrument with a social objective. It examines its impact on labour markets and wage levels, explores how it has been applied, and assesses whether it is an effective measure for raising living standards. It offers a broad-ranging analysis of the debates, policy developments and limitations of wage floors in developed economies and will appeal to a wide readership in economics, public policy and sociology, as well as those working in non-profit and non-governmental organizations.

The living wage is clearly an idea whose time has come, when even Conservative chancellors adopt the term. Britain's low-wage culture needs the remedy of pay rates people can live on. But what does this flexible phrase mean? How can it be implemented and made sustainable? This crisply written guide by the leading experts is invaluable for understanding where the living wage has come from, what it means today and how it can work in the future. -- Polly Toynbee The minimum wage and other types of wage floors have made a huge difference in the standard of living for hundreds of millions of workers over the last two centuries. These floors continue to be a major area of contention in political campaigns and policy debates. In this book, Donald Hirsch and Laura Valadez-Martinez give an excellent summary of this history and the key issues. -- Dean Baker, Co-Director, Center for Economic and Policy Research, Washington, DC Donald Hirsch and his team at Loughborough have played a central role in ensuring that the UK living wage movement rests on a firm intellectual foundation, which underpins its great moral authority. In their new book, Donald and Laura look at living wage campaigns in a range of different countries. Their timely insights make this recommended reading for those who want to see the living wage help more working people reach a decent standard of living. -- Frances O'Grady, General Secretary, TUC
Toon meer Toon minder