The Lord Wept The Freedom of Zion 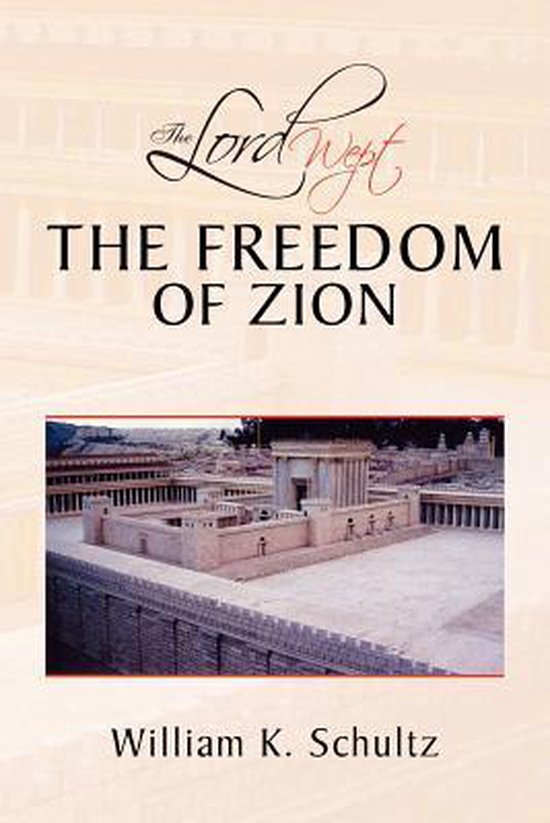 The Lord Wept: The Freedom of Zion The Great Jewish Revolt against Rome was a first-century tragedy whose effects still resonate today. Timeless themes that still plague the Middle East region and the world -- ethnic conflict, religious fanaticism, social upheaval, and the clash of civilizations -- made their baleful appearance in this bloody conflict fought from 66-73 CE. The Jews struggle against the Rome of Nero Caesar was part of the age-old battle of human kind to establish a society of justice and freedom in the face of the tyranny and exploitation of a great empire. It is also a story of the deeply fractured and corrupted Jewish nations bitter struggle with itself over issues of wealth and poverty, law and governance, and collaboration or defiance while seeking to order its society according to its unique laws and customs. An intense religious atmosphere infused the Jewish drive for freedom, and the deep religious ferment associated with their struggle had a profound influence on the subsequent development of both Judaism and Christianity. The trilogy The Lord Wept brings to life the swirling events of the Jewish nations attempt to free itself from the Roman Empire. Its characters are largely drawn from actual personages of the time, and the action adheres closely to historic events. The Disinherited Nation, the first novel of the trilogy (also available from Xlibris), is set amidst the chaotic events of the year 66 when the revolt erupted and the Jews attained a temporary freedom. The final two novels of the trilogy are here published as the twin parts of the novel The Freedom of Zion. The Star and the Scepter, the first part of that book, is set in the years 67 and 68 CE when a new Roman general Flavius Vespasianus conducts a brutal campaign of reconquest in Judaea. The shaky new government of free Israel, a conservative regime headed by High Priest Ananus, is unable to offer effective resistance and is itself overthrown by an uneasy coalition of Jewish revolutionaries including the Zealots led by the radical aristocrat, Eleazar ben Simon who attempt to impose far-reaching changes in Jewish society and governance. Another radical faction, the Tzadikim, is ensconced in the desert fortress of Masada. One of its leaders, Eleazar ben Jair, believing that the Lord has condemned the new Jewish state for its corruption, hopes to take his movement completely out of the war while his colleague Simon ben Giora nurses a vision of unremitting resistance to Rome. In the course of these events the respected old rabbi Jochanan ben Zacchai despairs that the new free Israel can ever fight off the Romans and begins to formulate a radically different Jewish society that will survive the inevitable destruction of Jerusalem and its temple. He eventually flees Jerusalem and establishes himself at Jabne, a town turned into a refugee camp by Vespasian. Meanwhile, the young priestly aristocrat Joseph ben Matthias has been sent to lead the resistance movement in Galilee. He is unable to stop Vespasians onslaught and is himself trapped and captured. Vespasian spares his life, however, intrigued by his prisoners amazing prophesy. Joseph declared that the Lord revealed that the Roman general was the star and the scepter of an ancient Jewish prophesy who is fated to rule the world. Joseph changes sides and becomes a sycophantic adherent of Vespasian and his son Titus. He begins to put together a grotesquely biased account of his experiences in the Jewish War, filled with absurd flattery of his new Roman patrons that even Titus does not take seriously. The Christian community of Jerusalem is plunged into increasing despair by deteriorating conditions in the city. Its members incessantly study the words of Jesus to seek guidance as to what they should do. They eventually decide to flee. Their guest, the Greek convert Luke, who is now married to the lovely Rachel, the youngest d