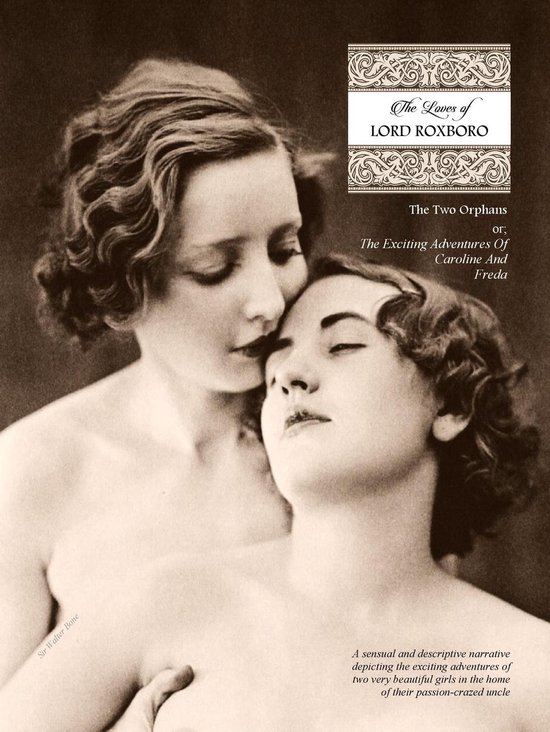 When his drunken and impoverished brother dies, Lord Roxboro is none too pleased to discover he is to act as ward to two nieces for surely they will be the dirty brats he remembers and will cost him dearly of his dwindling fortunes. However, as they depart the stagecoach at the door of his mansion what he sees are anything but childlike or urchin, his eyes in fact falling upon two young woman of stunning beauty and grace.


Roxboro house is a den of the most libidinous and scandalous kind, where maids and stable hands cavort like rabbits, and where the man of the manor is ever present with mischievous intent enough to satisfy his lust. It won't be too long before Caroline and Freda are party to the most orgiastic of environs, loosing themselves of their convent ways, and willingly succumbing to all manner of deed and device in true Bacchanalian style.


This gem of tome, written by the pseudonymous 'Sir Walter Bone' in 1898 and presented herein in all six complete volumes, is Victorian erotica at its most licentious, replete with graphically descriptive prose that perfectly captures the wild abandons the upper echelons of high-society were want to lose themselves in.

Oorspronkelijke releasedatum
2015-06-11
Subtitel
The Two Orphans, or; THE EXCITING ADVENTURES OF CAROLINE & FREDA