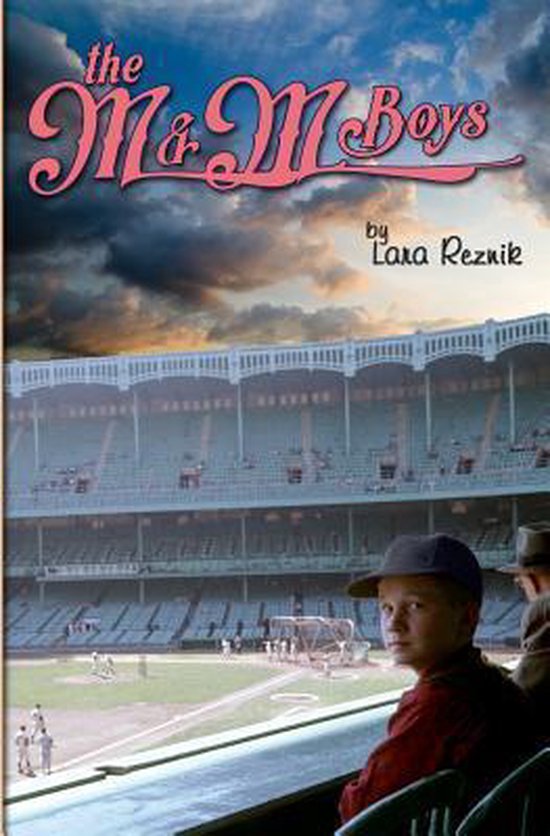 A tender tale of coming-of-age meets baseball heroes.Who wouldn't want to be inthat kid's cleats whentwo of sports' greatest legends move in next door?What all three M&M Boys have in common is a good lesson in how to play the game of life, on and off the field. When giving up isn't an option, they learn what it takes to become a winner. In the summer of 1961 a Little League player's joy of making the All-Star team evaporates when his father, too busy with a girlfriend, misses his triumphant opening game, and his mother spirals into a bed-ridden depression. Then, Roger Maris and Mickey Mantle move next door as they battle to break Babe Ruth's home run record. The three find solace in each other's triumphs, frustrations, celebrations and disappointments. Based on historical facts, The M&M Boys explores the parallel lives of an embittered Maris and a self-destructive Mantle who live together incognito in a remote Queens apartment. Maris, a misplaced Midwesterner, gets booed by the Yankee fans who prefer Mantle, and the press pursue him mercilessly. Mantle, on the other hand, basks in New York fans approval, but a series of injuries destroy his hope of winning the competition. Marshall's friendship unearths childhood memories for both men. EDITORIAL REVIEWS ." . .You find yourself sucker punched by a closing sequence that tear-jerkingly fulfills the wishes of every kid who has ever had a hero, played a sport, had a crush or fought with a parent." Kirkus Review "Long Island author Lara Reznik hits it out of the park with her ode to baseball, growing up, and the game of life in "M&M Boys," a fictional take on living next door to two of the greatest sluggers who ever picked up a bat. Baseball fanatic Marshall Elliott, a tween about to enter junior high school, has lots of tsuris, including making sure not to let his Little League team and his dad down in the clutch, his parents' crumbling marriage, and a first kiss. But his biggest problem arises when his idols, New York Yankee sluggers Mickey Mantle and Roger Maris - the M&M Boys - move into the neighborhood, and Marshall is sworn to secrecy He's not even allowed to tell his cousin Bobby, his Little League teammate who shares his love of the game and the Yankees. Marshall has a lot on his plate that summer and Reznik provides him with a very believable cast of characters to help him round the bases including the sluggers Mantle and Maris, who take the time out of their own rivalries, life on the diamond, and quest to break the Babe Ruth's record of 60 home runs in a season to give the kid some heavy-hitting pointers on getting through life on and off the field. Reznik weaves the fanciful with the reality, which is no easy task when mixing real-life events with fiction, but she bats .400 as she segues into the facts about the game, the players, and the way things were in the Bronx before the days of the George Steinbrenner Yankees. . . . You don't need to love the game to enjoy this yarn, as Reznik makes it an enjoyable run around the bases for all as we learn if Marshall Elliot survives that summer, makes the All-Stars and saves the day with outstanding fielding. "M&M Boys" takes you back to 1961 when baseball was still America's pastime and going to the game didn't cost you a month's salary. Reznik has a masterful understanding of life in Flushing, Queens in the early 1960s before the second World's Fair and before Shea Stadium opened, bringing the Mets to the borough. This is the second time to the plate for Reznik, who also authored "The Girl from Long Guyland," in 2012." - Joanna DelBuono, Brooklyn Daily"
Toon meer Toon minder