The Magic Ring and Other Stories 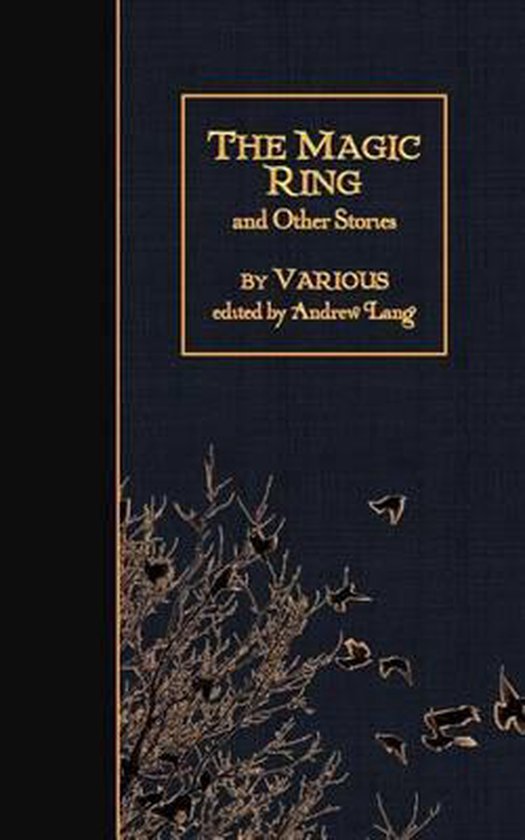 This is a collection of popular fairy tales from the pages of Andrew Lang's delightful fairy books. It includes such classics as ''The Emperor's New Clothes''. Henry J. Ford created gorgeous illustrations for the tales. Ford was so well known in his time that he was asked to design Peter Pan's costume by the author of ''Peter Pan'' himself. This edition includes links to over 21 hours of free audio books.

All that at an unbeatable price of only 99 cents!

Included are the Popular Tales:


The Story of the Emperor's New Clothes


The Dragon and his Grandmother


The Language of Beasts


The Cat and the Mouse in Partnership


To Your Good Health!


Many years ago there lived an Emperor who was so fond of new clothes that he spent all his money on them in order to be beautifully dressed. He did not care about his soldiers, he did not care about the theatre; he only liked to go out walking to show off his new clothes. He had a coat for every hour of the day; and just as they say of a king, 'He is in the council-chamber,' they always said here, 'The Emperor is in the wardrobe.'


In the great city in which he lived there was always something going on; every day many strangers came there. One day two impostors arrived who gave themselves out as weavers, and said that they knew how to manufacture the most beautiful cloth imaginable. Not only were the texture and pattern uncommonly beautiful, but clothes which were made of the stuff possessed this wonderful property that they were invisible to anyone who was not fit for his office, or who was unpardonably stupid.


'Those must indeed be splendid clothes,' thought the Emperor. 'If I had them on I could find out which men in my kingdom are unfit for the offices they hold; I could distinguish the wise from the stupid! Yes, this cloth must be woven for me at once.' And he gave both the impostors much money, so that they might begin their work.


They placed two weaving-looms, and began to do as if they were working, but they had not the least thing on the looms. They also demanded the finest silk and the best gold, which they put in their pockets, and worked at the empty looms till late into the night.


'I should like very much to know how far they have got on with the cloth,' thought the Emperor. But he remembered when he thought about it that whoever was stupid or not fit for his office would not be able to see it. Now he certainly believed that he had nothing to fear for himself, but he wanted first to send somebody else in order to see how he stood with regard to his office. Everybody in the whole town knew what a wonderful power the cloth had, and they were all curious to see how bad or how stupid their neighbour was.


'I will send my old and honoured minister to the weavers,' thought the Emperor. 'He can judge best what the cloth is like, for he has intellect, and no one understands his office better than he.'


Now the good old minister went into the hall where the two impostors sat working at the empty weaving-looms. 'Dear me!' thought the old minister, opening his eyes wide, 'I can see nothing!' But he did not say so.


Both the impostors begged him to be so kind as to step closer, and asked him if it were not a beautiful texture and lovely colours. They pointed to the empty loom, and the poor old minister went forward rubbing his eyes; but he could see nothing, for there was nothing there.


'Dear, dear!' thought he, 'can I be stupid? I have never thought that, and nobody must know it! Can I be not fit for my office? No, I must certainly not say that I cannot see the cloth!'


'Have you nothing to say about it?' asked one of the men who was weaving.